A licence to farm for the next 25 years

A Rangitikei farming family is able to look to the future with certainty, having secured a 25-year controlled land use consent.

The Bull family owns three dairy farms, straddling two catchments, which they wanted to ensure were compliant for the next 25 years.

Ali McLean says the process was made simple by bringing in Chris Tidey, Ravensdown Environmental Consultant, who did the work for them.

I was very impressed with him. All we had to do was give him the background work and he did the rest. He’s quite passionate about what he does, which helps.

Chris said the Bulls were very clear that they wanted the security of the Controlled Land Use Consent.

“I enjoyed working with them because they were really good at keeping detailed records and they knew what they wanted. Being able to deliver that to them was really satisfying.”

Chris modelled two different scenarios, the status quo and their target scenario, the latter which would future proof their farms and enable them to plan ahead.

Ali says Chris knew the right people and what they required, which was a huge part of the process.

Having someone like Chris to sit down and explain the process to you and why it’s there really helps.

Chris said the challenge was to go from a milking scenario of 900 cows milking two thirds in spring and one third in autumn to an even split throughout the year.

“Moving a third of the herd into summer milking meant there was an extra 400 cows on-farm during the winter period. To mitigate the effect that would have we pushed some of their nitrogen fertiliser applications back to early autumn and changed their effluent application to a lower rate (less than 10mm) by purchasing a new irrigator.”

Fortunately the proposed target scenario was within the boundaries of the controlled activity consent and the consent was eventually granted.

“There was a lot of back-and-forth with the council requiring additional information for the consents, and the whole process took about four months rather than the usual two,” Chris added.

Ali says dealing with government agencies and compliance processes is part of farming now, which is made a lot simpler by having Ravensdown Environmental Consultants to help them through it.

Now at the end of the process, Chris says he’s really pleased he was able to help get the Bulls the consent they wanted. “They were absolutely chuffed – I was really happy when it worked out.” 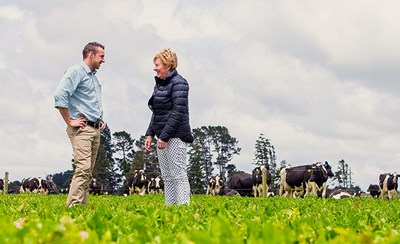 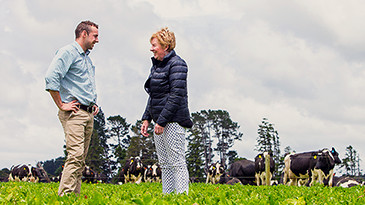 Aphids are the hidden enemy of yellowing fodder beet

Sharpen up your pasture