A system that kills the E. coli and other bacteria in farm dairy effluent has taken first prize in the South Island Agricultural Field Days’ Agri Innovation Awards.

Ravensdown’s ClearTech dairy effluent treatment system uses a coagulant to bind effluent particles together in order to settle them out from the water. This clarifying process reduces freshwater use, helps existing effluent storage go further and reduces the environmental and safety risk linked with farm dairy effluent (FDE).

The pilot project, which was installed at the Lincoln University Demonstration Farm in May 2018 was the result of detailed work and represented a $1.5 million investment by Ravensdown.

“Farm Dairy Effluent is 99% water,” explains Product Manager Carl Ahlfield. “When the particles can be separated, this means cleaner water to wash down the dairy yard or irrigate on to paddocks and less volume of effluent that has to be stored and used safely.”

The judges commented on the calibre of entrants across the Agri Innovation Awards and were impressed with the collaborative approach to the development of ClearTech. “The application of known technology, used elsewhere, to solve a widely recognised farm-scale problem was truly innovative. It was a bonus that ClearTech would also enhance our clean, green image.”

Carl believes the development is important because “the dairy sector’s nutrient and bacterial impacts on waterways are under scrutiny, farmers want to demonstrate they are doing the right thing and the government and regional councils are committed to good farming practice.”

“The sector is crying out for workable solutions that help reduce risk, improve reputation and be cost effective. However, with the safety of farm staff, communities and livestock at stake, any practical solutions need to be thoroughly tested,” concluded Carl.

Recent Lincoln University studies showed the E. coli concentrations measured in the ClearTech clarified water were also significantly reduced (by around 99.9%) and the average concentration of E. coli in the clarified water was 83% lower than the critical value that is often used to designate water as being suitable for recreational purposes in New Zealand. 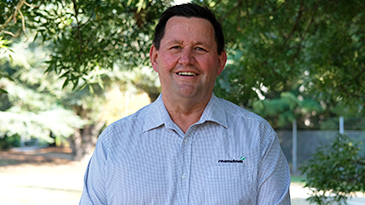