Russell Currie is chuffed that the trace element deficiencies at his Methven farm were identified through diligence and targeted soil testing.

The results came back low in copper, zinc, boron, and manganese.

Overseas trial work has demonstrated that these trace elements have positive effects on green leaf retention. The work also suggested that Cu, Zn, and B play a role in the production of defence related compounds (phenolics and lignin).

This year tissue tests were carried out in autumn and spring to keep monitoring the situation. Once again, Andrew noticed the same trace elements were low and recommended incorporating liquid trace elements in the autumn BYDV spray, at the T0, T1, and T2 fungicide sprays.

There’s no doubt that these contributed towards keeping the crops healthy in what has been a year of quite high disease pressure.

Research shows the importance of copper, zinc, boron, and manganese in green leaf retention. Cu, Zn, and B also help the plant build up its defences from disease attack. 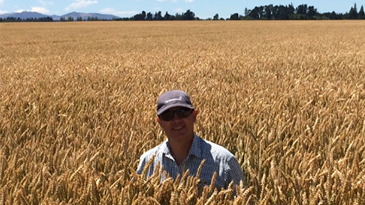 The value of a robust nutrient budget