As a rule, dairy heifers need to grow around 0.5 - 0.7 kg/day between weaning and mating. Good feeding, nutrition, and a managed parasite control programme is necessary for calves post weaning through to entry into the milking herd.

As a general guideline the following drench programme will be necessary for dairy calves:

In extreme cases worm burden causes severe illness and death. More commonly a worm burden will reduce feed intake and energy utilisation efficiency - your animals will eat less and grow less from what they do eat. Over time this will affect calves reaching target weight.

Which drench products to use

With the rapid increase in resistance of Cooperia to the endectocide (macrocyclic lactone or mectin) drench family in cattle, use of single active endectocides as the only drench for young cattle is no longer recommended.

The choice of which product to use will be determined by cost, stock management, preferred method of application, and stock handling facilities.

We recommend drenching calves regularly from weaning through to at least 15 months with an oral combination product.

For young stock, we strongly recommended that you undertake regular pre and post drench Faecal Egg Counts to confirm the efficacy of each drench treatment. FEC tests after 18 months are unlikely to be of value in cattle due to natural immunity suppressing worm egg output 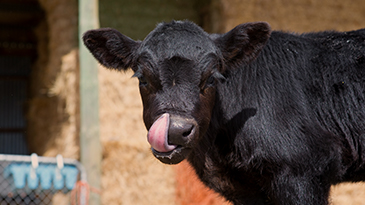 What's next for me?

Building the future, while solving problems in the present