Canterbury and Southland farmers are proving catch crops are a valuable addition to the suite of tools farmers have available to reduce their winter forage grazing environmental footprint whilst increasing profitability.

While catch (or cover) crops are not a new thing, in fact records in China show it has been in use for over 3000 years, in more recent times the use of a catch crop has been to stop nutrient loss over winter and prevent excess loss of nitrate into groundwater. The sown cover crop also serves as a feed source which you can harvest as a winter sown crop.

Winter-feed crops such as kale and fodder beet are a popular choice for dairy winter grazing management and are grown over the summer months, particularly in the South Island regions of Canterbury, Otago and Southland. However, grazing these crops during winter delivers large volumes of excreta and urine to the soil surface when plant growth and uptake of nitrogen (N) is usually minimal. This can lead to large drainage losses of N as nitrate and is consequently recognised as a major potential contributor to a dairy catchment's N leaching losses.

After two years of a three-year Sustainable Farming Fund catch crop project, good results are being shown on commercial farms in Canterbury and Southland that sowing a crop such as oats in winter is an effective strategy to reduce nitrate leaching and N-loss. Earlier research at Lincoln, using lysimeters and small plot trials, had shown catch crops to reduce nitrate leaching by as much as 40%, but there is a big difference between an artificial system and what will prove practicable on a farm.

Although soil and climate conditions over winter are at their most problematic, starts to winter have been getting increasingly warmer and often drier, which is aiding the ability to get these crops in the ground early. In 2018, July conditions were almost spring-like and drilling mid-July saw an outstanding oats crop of 12t DM/ha harvested for green chop silage but more importantly saw the uptake of over 200kg N/ha (Figure 1). Species such as triticale may also be considered if the intention is to take the crop through to whole crop silage.

Harvests of 8-10t DM/ha have been more common in both regions, but in Southland it has only been possible through the use of new tillage technology to New Zealand, the Farmax DRP 300 spader-drill, that has transformed the ability to sow a winter crop in some of the most difficult winter conditions in the country. Usually conditions are just too tough to drill these soils at this time of the year but the spader-drill, in one-pass, buries the wetter soil at the top and cultivates and drills the oats. This is only possible because it is the PTO shaft that drives the spader to push the tractor, rather than the tractor pulling the drill.

"Earlier research at Lincoln, using lysimeters and small plot trials, had shown catch crops to reduce nitrate leaching by as much as 40%."

Calculations of gross profit margins have shown that these crops are profitable returning $1400-2100/ha depending on final yield, establishment costs and crop quality. The latter is important as farmers need to monitor their crop to ensure it achieves maximum yield and quality. While soil-available mineral-N can be high in the field following winter grazing, this depends to some extent on fodder crop yield (more crop means more urine) and paddock history. A modest late spring application of urea has been found to be advantageous and unlikely to increase nitrate leaching loss (Plate 1).

Catch crops are proving viable and profitable whilst using nitrogen that might otherwise have been lost by leaching over the winter/spring period (prior to the next fodder crop or pasture).

Nitrogen doesn’t just get leached, it also can be denitrified and lost as a gas so sowing a catch crop is closing this gap and increasing N efficiency on-farm. Generally, direct drill is the preferred tillage method for establishment as it reduces the chance of further N-loss through soil N (soil organic matter) mineralisation but farmers should talk to their contractor to decide whether the soil surface requires some minimum tillage operations to produce a good seed bed. Oats are a remarkably robust and forgiving cereal for farmers to think about as a catch crop option on their farm in winter. 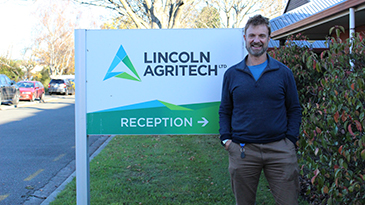 You can't compare apples to oranges