Left unattended, seedling weeds like thistles and ragwort can grow to become a significant problem in the following spring and summer, so now is a good time to check the condition of pastures and identify those that might need spraying. There can be a temptation to wait until spring, but as the weeds are likely to be larger and harder to kill, methods of control are unlikely to be as effective.

It is important to spray annual and biennial weeds like thistles and ragwort before they have a chance to bolt. Once bolting has occurred it is often not possible to get effective control without sacrificing the clover in the pasture. This is particularly important with winged and variegated thistles which bolt much earlier in the spring.

There is often a lack of good scientific information about the economics of spraying pastures for weed control. Where good pasture monitoring is carried out, the poorer-performing pastures can be identified from pasture production data.  Otherwise, most decisions are made based on previous experience or “gut feel” of whether weeds are bad enough to cause a significant reduction in pasture production and quality.

There are many factors that come into consideration, such as

Another factor to consider is the cost of NOT controlling the weeds, the old saying of “one year’s seeding means seven years weeding” does have some relevance.

There are several herbicides that can be used for controlling broadleaf weeds in pastures, of which 2,4-D is one of the more popular options.  It is effective against a wide range of broadleaf weeds, including ragwort and thistles.  Note that 2,4-D is very damaging to annual, sub and red clovers so should not be used where these are an important component of the pasture mix. There are two different forms of 2,4-D used. The ester form, available in brands like Pasture Guard 2,4-D 680, is a stronger form of 2,4-D – and as such will cause more damage to white clover but also has a stronger effect on weeds.  It does have the disadvantage of being more volatile and has a greater risk of spray drift, so broadcast application (ground or aerial) in warmer areas, like Northland, is restricted to the cooler months of the year (1 May to 31 August, Regional Air Quality Plan for Northland).

The other form used is 2,4-D amine, which is available in a range of brands including Pasture Guard D-Amine 720. The amine form is softer on white clover and could be a preferred option during more active growth conditions, especially if the weeds are small enough to get good control. Pasture Guard MCPA 750 is also in the less-volatile amine form and provides an equally good kill on thistles. MCPB based herbicides like Pasture Guard Nurture provide better safety to all clovers but is not as effective in cooler conditions or when nodding, winged or variegated thistles have grown beyond the seedling stages (2-3 leaf).

Where there are sufficient weeds present, the late autumn and early winter is an ideal time to spray.  The clover growth slows with declining soil temperatures which means stronger herbicides, such as 2,4-D ester, can be used and not cause as much damage to white clover as would occur if this herbicide was applied in spring.

Pastures have been described as the engine room of the farm, so delaying pasture maintenance can be likened to deferring machinery maintenance - while it may save money in the short term, it can end up being a false economy. 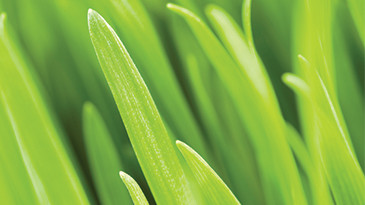