The end of the drench gun for cattle?

When a 2006 survey (1) of 62 North Island cattle farms reported drench resistance on 92% of properties, farmers were given fair warning about developing sustainable cattle parasite management programmes.

Many farmers heeded this warning and changed drench types; orals replaced pour ons, combinations replaced single actives. But a change in drench type alone does not create long-term sustainability. Farmers need to take a holistic approach to managing cattle parasites inside and outside the animal.

This requires building an understanding of the complex principles in worm-host interaction to enable better implementation of targeted actions.

What happens when animals eat worm contaminated pasture?
• Worms affect animals by reducing appetite and competing for nutrients while damaging the host’s gut, reducing the uptake of nutrients.
• The higher the larval challenge on pasture, the quicker the animal succumbs to the effects of worms.
• The animal’s defence is to launch an immune response against worms. This response effects the animal by diverting valuable protein away from other body requirements e.g. muscle production.
• Cattle immunity to worms is not ‘fully’ gained until 18-20 months of age.
• Animal immunity can also be affected by nutritional stress, pregnancy and other physiological stresses and diseases.
• If animal immunity is unable to control the worm infections, there will be a reduction in animal health including; scouring, dehydration, anaemia, weight loss and death.

How do you reduce the effect of worms?
• Avoid grazing young cattle intensively on short pastures with high numbers of larvae.
• Avoid grazing young cattle on pastures they grazed 1-2 months previously.
• Use older cattle to clean up pastures where young cattle have been grazing.
• Cross graze with sheep to reduce pasture larvae levels.
• Avoid having young cattle graze pastures below 1-2cm to avoid highest larval challenges.
• Lift farm fertility to grow better quality forages for stock.
• Use crops and new grass paddocks to provide low larval challenges during periods when larval challenge is high on established pastures.
• Ensure animals are well fed to increase their ability to deal with worm challenges.
• Develop a comprehensive drench programme that uses effective products to reduce the impact of parasites and the selection of drench resistant parasites.

Farmers have an opportunity now to ensure parasites do not become the variable that controls their farming systems. Talk with your animal health technical manager about developing a sustainable worm management programme. 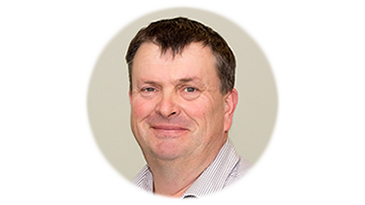 Plan now to get the best returns out of your kale

The value of a robust nutrient budget