Climate change research predicts that farmers will face increasing climatic extremes. This suggests that the future survival of farming businesses in New Zealand will depend upon farmers' ability to design and manage resilient farming systems that can cope with climatic extremes and variability.

In a normal year, the summer dry starts in late November and continues until the autumn rains in late February or early March. Droughts can come in three forms. The first is a spring drought, where conditions become dry in October rather than late November. The second is a normal summer/autumn drought, where the rains do not occur until late February or early March and it remains dry until late April.

Winter forage crops are an important strategy for transferring feed from spring to winter, increasing winter stocking rate and removing cattle off wet soils during winter and early spring. The summer forage crops allow flexibility in a dry season and provide high-quality feed when pasture has low metabolisable energy.

Another high-level feed supply strategy is the planting of deeper rooting and/or more drought tolerant alternative pasture species such as cocksfoot, tall fescue, lucerne and chicory. The major benefit from these pasture species is that they allow the farmers to grow and finish stock more quickly over late spring, summer and autumn than their traditional pastures because they are of higher quality and they produce more feed over the drier months.

The use of supplementary feed is another high-level feed supply decision. Some farmers have little or no flexibility provided by supplements and others gain considerable flexibility from this set of strategies. Farmers questioned about supplements have identified feed buffers (forage crops and supplements) as one of the most important strategies for minimising the impact of droughts.

"To adapt to a drier environment, farming systems need to generate more revenue from less rainfall."

Effects of drought on pasture

Since legumes are the highest quality components of pastures, their loss from the sward during drought will result in decreased forage quality. White clover losses during late autumn droughts can be up to 95% and take up to 18 months to recover. As a result, regrowth should be treated as a newly established pasture.

As plants respond to drought, they typically show accelerated maturity, increased fibre, altered leaf to stem ratio, breakdown of protein and elevated water-soluble carbohydrate status. These factors can result in an unpredictable effect on forage quality. One consequence of the endophyte-grass association is production of alkaloids including lolitrem B and ergovaline, which are the main endophytes in Agriseed’s NEA and standard endophyte. These are found in ryegrass and tall fescue. These alkaloids are typically (but not exclusively) localised in plant crowns and are largely not consumed by stock. With the occurrence of drought, ergovaline concentrations can increase above 1-2 ppm in leaves and stems and become toxic to stock. Furthermore, as feed supplies become limited, animals will progressively graze near the plant crowns and can encounter toxic levels of these alkaloids.

There are three main strategies farmers can adopt to cope with a dryland environment. In terms of infrastructure, ideas vary between increased scale; this is where land purchased locally, neighbours selling for example, to increase the opportunity to finishing stock. Geographic dispersion involves purchasing land in summer safe regions or land able to be irrigated. Intensification, which includes draining wetlands, subdivision of paddocks, increasing water systems, increasing soil fertility and planting more drought-tolerant species.

To adapt to a drier environment, farming systems need to generate more revenue from less rainfall. Strategically, the first step to utilise water where it falls with plants that can survive drought when rain occurs, such as more drought-tolerant alternative pasture species, e.g. cocksfoot, tall fescue, lucerne and chicory. Tactically more structured decision making is required to preserve the capacity to generate revenue for periods when pasture growth is relatively reliable. 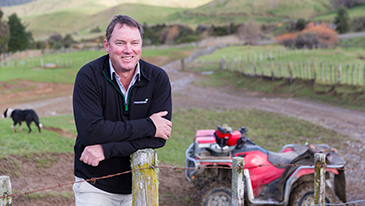 Liquid nitrogen as an option