Seeing the light after drowning in Californian thistles

The Hocken’s Taranaki family farm has battled against gorse and Californian thistles for years. Two years ago Bryan Hocken gave me a call to come look at their thistle problem and they’re now starting to see exciting breakthroughs.

Two years ago 40 percent of the farm was financially restricted by the Californian thistles with the rest of the farm also struggling, which is why Bryan was keen to try anything.

“We just had a mass of Californian thistles, it was a disaster, to the point that the dogs wouldn’t want to muster the sheep,” says Bryan.

The problem was beyond weed wiping because of some of the terrain, so I steered Bryan and son-in-law Jarred Coogan towards an aerial approach.

Initially it was important not to lose their clovers in the process, however unfortunately we had to sacrifice them as the chopper gave us better control and a more concentrated approach because we were able to get more chemical on the thistles.

They started with an aerial application over 40ha with Multiple and had an impressive 90 percent success rate. Since then, using variable control methods over the property has shown that timing, the density of plants per square metre and the amount of chemical applied has had a huge impact on control.

The beauty of it is that Bryan has been at this for 50 odd years now and while he’s got control of his gorse he and Jarred are now finally starting to get some control over the thistles. It’s is so great to see, but we’ve got a way to go yet.

I followed Massey’s research suggestion of timing the weed wiping at 50 percent flowering When the plants start to die off you’re too late. It’s important to do the weed wiping before the plant starts dying down, if you go too late the control is nowhere as good – timing really is everything.

With some good progress from the aerial applications, they’re now looking to increase the application of Multiple to 500mL per 10 litres with the weed wiper to keep up the momentum. So far applying Multiple at one litre a hectare on thick stands is by far the best and most effective way to control the thistles. We’re looking to address the thick stands of thistle by increasing the concentration of Multiple that we’re using weed wiping.

While Jarred’s weed wiping hasn’t been working as well to date, weed wiping rather than mowing is a better approach because once you start mowing you become a slave to the thistles. You end up mowing two to three times a year for at least two years in a row to keep on top of it. Weed wiping the 5-10% regrowth 12 months after spraying is best practice and we think the increase in chemicals will produce a lot better results.

“Mustering is a hell of a lot easier now the dogs and I can see the sheep!” Bryan says.

I’m a great believer that when you make friends you have them for life and that’s the good part about Ravensdown, they’re all team players, which is evident in how they’ve helped us here. We’re not here for a good time we’re here for a long time. 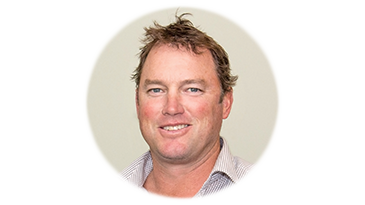