The non-metallic element phosphorus (P) is the 15th  element in the periodic table and is one of the 19 elements essential for life in all higher plants and animals on planet Earth. Phosphorus makes up about 1% of the body weight of mammals and is the second most abundant mineral in the body.

Phosphorus was discovered by alchemist Hennig Brandt in 1669 by accident. Brandt was actually trying to find gold by boiling 22 ‘hogsheads’ (or 1,100 litres) of human urine. He reasoned that because urine was yellow it might contain gold! Disappointingly, instead of gold he was left with about 60g of a pale chemiluminescent substance, which was white phosphorus. However, P is highly reactive and so is never found in elemental form anywhere on Earth. The Earth’s crust contains about one gram of P per kilogram and is widely distributed in many minerals, mostly in the phosphate form.

Why is P essential?

Phosphorus is required for all life on Earth. It plays a major role in the formation of the genetic code i.e. in DNA and RNA. All living organisms use phosphate to transport energy between and within cells. Every living cell is encased in a semi-permeable membrane that separates it from its surroundings, which is composed of a phospholipid matrix and proteins, typically in the form of a bilayer. All animals with endoskeletons have teeth and bones, which contain most of the bodily P, as they are formed from calcium phosphate.

The discovery of calcium phosphate in bones in the mid-1700s started the somewhat macabre practice of collecting bones from old battlefields, grinding them up to dust and using this as fertiliser.

However, by the mid-1800s the mining of tropical island bird and bat guano became an important source of P for fertiliser. By the turn of the 19th century, world guano deposits were severely depleted and phosphate rock mining became the prevalent source of mineral phosphate for fertiliser production and remains so today.

Phosphate fertiliser is necessary because:

Most New Zealand soils have relatively low mineral fertility to support modern agriculture requiring regular P fertiliser inputs to replace the losses of P removed in products sold off-farm and the transfer of P (mostly in dung) to non-productive areas of the farm. Some soils in the Hauraki Plains and Northland contain significant reserves of natural phosphate minerals, supplying sufficient plant-available P without the requirement of additional fertiliser. The brown soils of South Island hill and high country also contain P minerals, which provide a small amount of plant available P (about 4kg P/ha/year) to the soil.

Too much P in surface waters can lead to nuisance plant (periphyton) growth in lakes and rivers as well as toxic algal blooms under certain conditions. However provided P fertiliser is applied using the principles of the 4Rs (right place, time, rate and form) direct losses of P from fertiliser represent less than 10% of total P losses from farming systems. 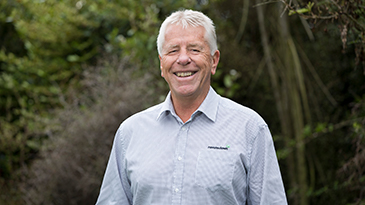