Pasture and crops have a new guardian to prevent the devastating effect slugs can have on their establishment.

This spring we launch Endure® Mini, a new product designed to protect your investment in a fundamental part of our agricultural economy.

Slugs can be especially devastating to newly sown pastures and crops - it is vital to check for slugs before sowing, because all too often the problem is identified after the damage is done.

Our new Endure Mini slug bait has been developed for application with seed in the drill row. The smaller size (110,000 baits per kg vs 60,000 baits per kg) means more baits can be applied per metre of drill row, ensuring effective control of slugs and less damage to the crop.

Where the drill slot remains open after drilling, there is a risk that slugs may migrate into the drill row and feed on seeds or germinating seedlings before they have a chance to emerge. Using Endure Mini in combination with broadcasting Endure slug bait means you can protect the seed in the drill row as well as the seedlings after they’ve emerged.

We are also offering a mixing service where the new Endure Mini slug bait can be included in your seed. Mixes can be ordered in the usual way and will arrive ready to drill with the mini bait already mixed at the correct dose, along with instructions for the correct sowing rate.

The idea came from the work we have done on mixing fertiliser with Endure, whose ballistic shape has proven to spread evenly when mixed with fertiliser, which will saves money on application costs.

Monitoring should still continue after drilling, particularly if slug populations are high, or conditions are favourable for slugs.

One simple method to check for slugs is to place up to 10 wet sacks or mats in the paddock, leave them out for a couple of nights and check underneath in the morning. If three or more slugs per sack are found, then there is a risk of significant damage to the newly sown crop or pasture.

Another advantage of both Endure and Endure Mini is in the chemical used in the bait. Metaldehyde is less harmful to beneficial insects (such as carab beetles) which are helpful predators of slugs, and earthworms. This means these slug baits can be used more than once per season when required.

Metaldehyde is also distributed evenly throughout the durable bait, so it is not at risk of being washed off in wet conditions, unlike baits where the active ingredient is coated on the outside. 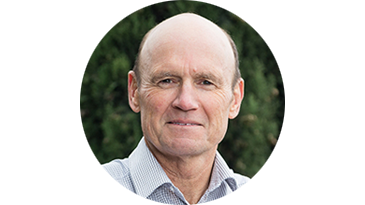 Eye in the sky

Summer cropping plans - what are your options?

The environment we are facing