Foot on the gas: N-Protect®

Did you know that every time you apply urea fertiliser to your pastures there’s a risk that some of the nitrogen (N) in the fertiliser can be lost to the air? This process is called volatilisation.

When you apply urea to your pasture, an enzyme called urease, produced by at least 20 different types of soil bacteria, splits the urea molecule in two (hydrolysis). As further chemical changes occur during this hydrolysis, ammonium ions are produced and the pH of the solution around the fertiliser granule can be as high as pH 9. This causes some of the ammonium ions to be converted to ammonia gas, which can be lost to the air.

How bad is the risk?

During the months of spring through to autumn, research shows the average ammonia loss could be 18%, with an average 8% loss over the winter months. In the extreme, losses of 33% have been measured in hot, dry conditions with little pasture cover. Volatilisation risk is greatest when the following conditions occur:

To reduce the risk of ammonia gas loss, Ravensdown has coated urea with a urease inhibitor. This slows down the activity of the enzyme and reduces the rise in pH around the dissolving granule.

Trials on N-Protect application to pastures in New Zealand have shown that on average the use of N-Protect reduces volatilisation losses by 50%. At an average loss of 18%, this would reduce ammonia loss to 9%.

It is true that N-Protect costs more than standard urea, but you can reduce the rate of N applied and spend the same amount as you would if you bought standard urea, without a loss in production. Alternatively, you could apply the same rate of product and enjoy a small increase in response to the saved N.

One other important point. Some of the ammonia gas comes back down onto soil in rainfall. Some of this ammonia is at risk of being converted to nitrous oxide by soil bacteria. Nitrous oxide is a potent greenhouse gas and using N-Protect will reduce this effect. Lincoln University Professors Cameron and Di calculated that if all urea applied annually in New Zealand was urease inhibited, this would: 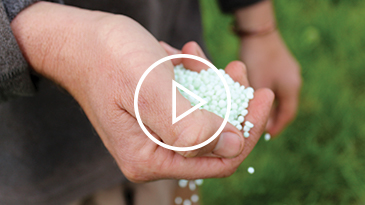 New tool for farmers to measure their GHG