It’s an industry in crisis, yet Hawke's Bay woolgrower and New Zealand chairman of the global Campaign for Wool initiative, Tom O’Sullivan, believes there is a brighter future for home-grown wool.

In the not-so-distant past, using, wearing and innovating with pure wool was as natural as eating. Most farmers grew it, baby boomers knitted it, fashion houses designed with it and upholsterers relied on it for furniture that was second to none. Wool was a mainstay that was expected to stay.

Yet, despite the buyer boom of the early 1950s and what became known as the strong wool heyday, petroleum-derived synthetics began to take over the market. Consumers were lured with promises of wearability and all of the style without the cost. What they weren’t told about was the detrimental effect such materials would have on the planet and human health.

Now, as consumers have become accustomed to sleeping on, sitting on and wearing plastic-derived synthetic fibres, the wool industry is in crisis mode and facing an economic quandary.

The disappointing returns for wool mean shearing has a significant animal-health cost. Last year it cost us $30,000 to shear our sheep and dispose of the wool. Farmers can’t carry such hefty costs long term. The bottom line is, if we don’t start to see an improvement in wool prices, farmers will move towards Wiltshire sheep, a breed that sheds wool, or they’ll find an alternative to wool. Such moves would signify an end to wool as a natural resource. This would be a two-fold tragedy, a loss of part of our country’s historical economic fabric, and a major cost to the environment and human health with the manufacture of synthetic alternatives.

Yet, amid this worry, shoppers are beginning to awaken and opt for wool again; however, change needs to happen much more quickly to sustain farmers who continue on, despite the cost burdens.

While strong wool has long been used to make carpets, until recently there’s been little product development. But this is changing. We’re starting to support companies that commercialise value-added wool products. We’re also seeing exciting movements towards wool in home and office environments. While it’s still important to get the message out about the benefits of wool, we need more people to demand and buy wool products. Once consumers understand the myriad of wool benefits, the decision to choose wool becomes a lifelong, conscious-minded decision.

Campaign for Wool, a global collective of farmers and professionals who understand why the world needs wool, remains optimistic that the shift can be harnessed to fuel recovery for wool as a premier natural fibre, despite years of plummeting prices.

Linking arms with visionary business owners and organisations is proving to be one strategy that is reaping rewards for the farmer, retailer and consumer.

One such partnership is with Kiwi-owned Big Save Furniture. Campaign for Wool has supported their move into producing furniture upholstered with strong wool, as well as bedding, with a nationwide launch planned this year.

Big Save’s move to support wool is a great example of a company recognising the consumer trend towards wanting more natural products. We anticipate a knock-on effect, with more manufacturers and businesses innovating and changing stock to meet consumer demand. It would be fantastic if we could get more furniture made from wool into New Zealand homes.

Educating for the future

While the industry is making great strides for a revival in the wholesale and retail sectors, it is grassroots education that will make the biggest impact overall, inspiring young Kiwis to think big when it comes to innovative and rewarding ways to use one of the most durable fabrics on the planet.

Wool in Schools, a programme run from two purpose-built shipping containers, is one initiative that’s received promising feedback from teachers and students alike.

In March this year, Campaign for Wool also held a live webinar for the New Zealand Institute of Architects, detailing the history and science of wool and why it should be considered by architects and designers when specifying buildings. Due to the programme’s success, the Campaign for Wool is looking to replicate the event around the world.

Getting back on track

In 2020, a government report about New Zealand’s wool sector highlighted the need to get the sector on track, calling for action to improve governance and co-ordination, while developing a strategic strong-wool roadmap.

A marketing-focussed Strong Wool Action Group (SWAG) has been launched and I’m keen to contribute positively to the SWAG initiative. It’s vital the strong-wool industry recognises the urgent need for a new, transformational strategy. We must pull together with a single mission. We have to get confidence back into the industry to build a profitable future for wool fibre, all the while investing in the health of Kiwis.

The National Council of New Zealand Wool Interests has also been instrumental in the introduction of wool to the New Zealand Farm Assurance Programme (NZFAP).

The marketing around strong wool needs to state that fleece, yarns and any products featuring strong wool are assurance branded, telling they are from audited, well-managed farms that comply with the New Zealand Animal Welfare Act.

The “getting back on track” sentiment is one echoed by that well-known Campaign for Wool spokesman, Prince Charles, who, during a visit to New Zealand in 2019, was quoted as saying that while the environmental message pertaining to wool had once fallen on deaf ears, change was happening.

Unlike synthetic fibres, wool is natural and renewable, sun safe, naturally flame-retardant, biodegradable, breathable, non-allergenic, durable and elastic, easy care, multi-climatic and naturally insulating. Wool is also one of the most sought-after fabrics used in recycling.

I do feel optimistic that with good, smart marketing and an understanding of what consumers want, we can turn this sector around.

Tom O’Sullivan is a Hawke's Bay woolgrower and New Zealand chairman of Campaign for Wool. He comes from a family of sheep farmers – his grandparents started farming Corriedale ewes in Canterbury in the 1940s. Today, he and partner Rachael, daughters Ruby, 9, and Tess, 8, oversee the running of Pukenui Station in southwestern Hawke's Bay. They run Perendale ewes, Angus cattle and Red deer, wintering an average of 11,000 stock units. 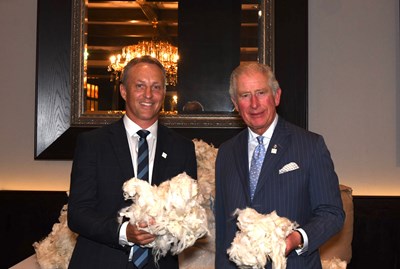 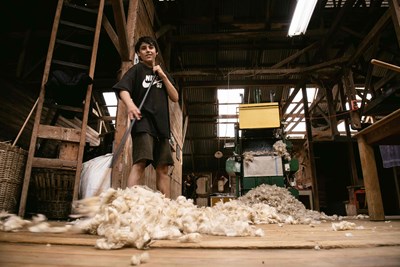 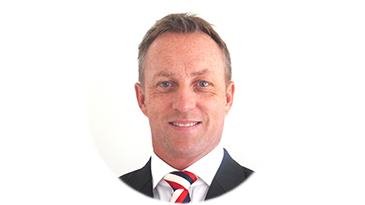 From farm to furniture: adding value to strong wool

New Zealand’s carbon soil stocks: what do we know?