The Government has set a target of reducing biogenic methane emissions to 10% below 2017 levels by 2030, but until now the only real options available have been ones that may reduce milk production.

While that means it doesn’t provide the clarified, recycled water ClearTech produces, it does mean it will be priced at about a third to half of the cost while still giving the ClearTech benefits of slashing E. coli (Escherichia coli) in treated effluent, reducing ammonia emissions and cutting any phosphate loss to water by up to 90% when applied to effluent areas.

The EcoPond system works to cut methane emissions from effluent by creating an environment that’s not favourable for methanogens, stopping them from getting energy from the organic matter in the effluent and therefore reducing the methane emissions.

For those interested in the chemistry, Lincoln University Emeritus Professor Keith Cameron explains that the addition of the iron sulphate boosts the activity of other naturally occurring bacteria – iron-reducing and sulphate-reducing bacteria – in the effluent pond. Both inhibit the growth of methanogens.

The iron sulphate also keeps the redox potential (a measure of the effluent pond’s aeration or oxygen status) at a level where the methanogenesis reaction won’t occur.

Keith says the discovery that methane emissions could be reduced so dramatically from effluent ponds receiving treated effluent came about during investigations that he and Lincoln University Professor Hong Di were undertaking into the ClearTech system.

“But what we found was a very big positive outcome – dramatically reducing methane emissions from the treated effluent,” Keith says.

Sampling of gases collected coming off effluent in experimental set ups of the system showed a 95% reduction in methane.

Di says buoyed by the finding, more work was undertaken on the chemistry to understand what was happening in the effluent, followed by an investment at the Lincoln University Research Dairy Farm into farm-scale studies.

Covered 100,000 litre tanks were installed to capture and allow the testing of gases from the treated effluent.

“Scaling up an experiment like this is often called going into the ‘valley of death’ because so often what works at a controlled laboratory level doesn’t give you the same outcomes at a farm level; but we found the results actually improved," Di says.

ClearTech product manager Carl Ahlfeld says the EcoPond system has been developed to give farmers an affordable and effective solution to GHG mitigation.

“The ClearTech system gives the same methane mitigations with the added benefit of providing clarified water to use in yard wash-down and enable big reductions in water use as well as effectively increasing effluent pond storage capability.

“But for those farmers that aren’t looking for those water savings, a cheaper option is to install the EcoPond system," Carl says.

A programmable logic controller (PLC) will automatically control the system, adding iron sulphate to the effluent as it flows through to the pond.

It will ensure the right amount of additive is added no matter what the pond size or effluent volume is, no matter how wet or dry the season is, or how the effluent’s characteristics might change through the season.

Carl says the company’s effluent experience through its work with ClearTech has helped it design the EcoPond system using similar smart technology which remotely monitors and gathers data as well as immediately detects faults.

Two versions of EcoPond will be on offer – one for a typical pumped system and one for a gravity fed system.

Studies have shown the treatments during the milking period remain effective over the winter or seasonal dry-off period while no effluent is being added to the pond.

EcoPond will use similar amounts of the iron sulphate to treat the effluent as the ClearTech system so the annual additive costs will be similar.

A 2,300 litre tank for the iron sulphate storage is supplied as part of the EcoPond system.

The levels of iron sulphate in the tank are monitored using a remote system that alerts the contractor directly that a delivery is required so there’s no need for the farmer to monitor or carry out manual ordering. 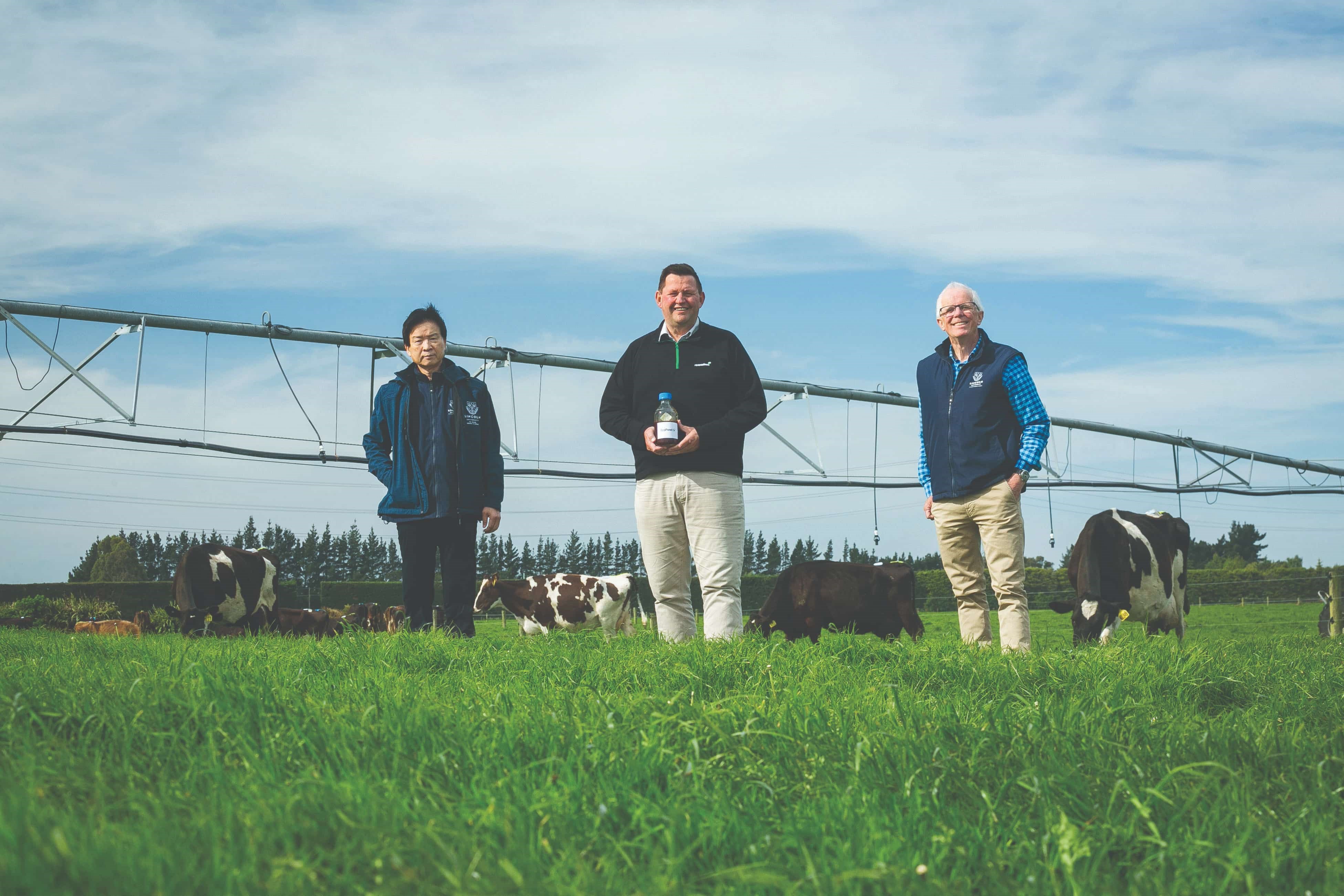 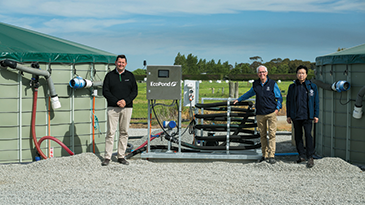 Published under Research and Innovation, Environment

Farming for the future in the deep south