Nitrogen still worth a look

Significant areas of pasture in both islands are now recovering slowly from summer/autumn drought. While in Southland and the West Coast pasture supply has been affected by very wet conditions.

Couple this with the effects of the pandemic on slowing the ability of freezing works to process stock usually slaughtered before winter, and many farmers will be facing tight feed supplies for the next few months.

The Ministry for Primary Industries has contracted farm consultants to monitor the situation throughout New Zealand. At the end of February, there was a significant feed deficit and low pasture covers throughout much of the country. At that time, there was still enough supplementary feed stocks for farmers to buy.

By the end of March, the overall position of pasture deficits and cover, despite rain in parts of the drought affected areas, had not changed significantly. However, supplies of supplementary feed for purchase were running low.

The days are getting shorter, air and soil temperatures are slowly decreasing. But in late April pastures are still growing. If you are short of feed to meet your current needs and get you through the winter, there is still a window of opportunity to apply N fertiliser, and expect to grow more pasture in the next eight to ten weeks.

The response may not be as good as an application in early April. Given current conditions you might expect to grow 5-7 kg DM/kg N applied, but this response will help ease the feed situation going into winter. The added benefit is that with grasses going into winter in better condition, (autumn N stimulates new tiller formation, and these then grow in spring) your pastures will produce better in early spring.

While winter N applications (June, July and August) are not best practice due to the greater risk of losing some of that fertiliser N as leaching, animal welfare concerns around feeding your stock may very well mean that it is an acceptable tactic in the current situation. This is especially true in the warmer northern areas where pastures are still actively growing.

Those farmers who spray pastures for a variety of reasons could also consider using gibberellic acid (GA) on recently grazed pastures (two to three days after grazing) either with or without liquid N. Gibberellic acid is a plant growth regulator (or plant hormone), and is produced naturally by plants themselves.

At this time of year, the plants reduce their own production of GA. This is in response to the shorter days and cooler temperatures as they slow their metabolism for the cool season. Giving your pastures a dose of GA basically fools the plants into thinking that winter has not yet arrived. While many of you will have lengthened your grazing rotation, you should graze the GA-boosted pastures within 28-30 days of application to get the benefit of the response. 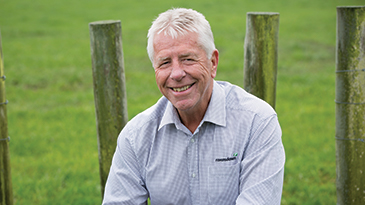 Ploughing on with nutrient budgets