Hawke’s Bay farmer Will Foley has had a bit of experience with environmental regulation. Recently elected to the Hawke's Bay Regional Council and a past Federated Farmers provincial president for Hawke's Bay, he talks about how the National Policy Statement (NPS) for Freshwater Management consultation document has been received in his neck of the woods.

Since the end of 2015, farmers in Central Hawke’s Bay have had Tukituki Plan Change 6 in operation, with various regulations rolling out over the years, including stock exclusion, nutrient leaching caps and minimum river flows, amongst others.

Farmers in my region have had time to get their heads around these regulations, produce their Farm Environment Plans (FEP) and plan around their changes and the capital investment required.

Regardless of our FEP outcomes, farmers are now being tasked with reducing the in-stream nitrogen levels on a catchment by catchment basis, even if we’re well within our limits on farm. This is very much the topical issue amongst farmers in our region, as some thought they had fulfilled their requirements and were happy they were doing their part.

With such a strong push on nitrogen (which I disagree is the sole contributor), no one seems to be asking why the nutrient is being lost from our systems so easily. Riparian planting is great to capture the nutrient movement before it gets to the waterway, but why not keep it at the root zone in the first place?

Nitrogen has been given a large amount of airtime with Hawke's Bay’s target of 0.8mg of N/L being lower than the current government proposal. As FEPs were completed, the factors causing nitrogen to be an issue, such as higher rainfall areas, lighter soil types and higher cattle ratios, didn’t really relate to the in-stream limit.

The fact we haven’t had a drought or summer dry since 2013 helps with the minimum flow limit not being too much of an issue, but since the demise of the Ruataniwha dam there is no ‘plan B’ in place for when drought comes.

No one disputes the environmental gains to be had by keeping cattle on flat ground and off steeper slopes, but Hawke's Bay is still very much a large sheep-farming area. It seems crazy to see sheep appearing in stock exclusion plans around the country as sheep generally avoid water like the plague and aren’t an issue in this situation.

With nutrients being an expensive but necessary farm expense during the year, why are we not looking more into keeping them on farm in the first place? We would certainly be more profitable and reduce our environmental footprint.

That’s why I have decided to take up that challenge on my own farm and test different methods myself. I don’t have any answers yet, but we need to try to do things differently, such as increasing fertiliser efficiency, perhaps by buying less and more often, grazing differently to allow higher covers through the year to increase plant growth stage and take up more nutrients at the time.

Communities and consumers are calling for change so we will need to respond. It’s just a matter of trying to strike the right balance so it’s a win-win-win: Improving the environment while creating jobs and a prosperous economy. 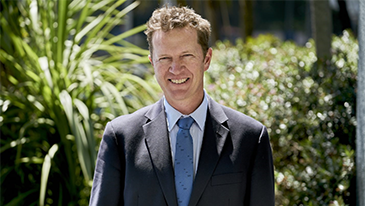 By Will Foley, Farmer and Hawke's Bay Regional Councillor

The rise of soil testing

The proof is in the pudding: WFST

Soil testing from the sky closer to reality