Ravensdown has appointed Carl Ahlfeld to the position of ClearTech Product Manager.

Carl was with Ravensdown for seven and half years as part of the animal health team before taking up the position of Regional South Island Manager with the animal health company Virbac NZ. He is excited to return to Ravensdown and drive the commercial business with ClearTech forward.

“The ClearTech technology is a world first. It’s exciting science that’s going to change the whole landscape of the effluent area quite dramatically,” says Carl. “For Ravensdown it’s obviously topical. Environmental mitigation, water quality, effluent discharge, nitrogen and phosphorus leaching; the ClearTech unit has the potential to help with all of these concerns.”

Carl’s role involves liaising with the research team at Lincoln University and the suppliers who have been on board throughout the development stage, to move the ClearTech business unit from the innovation and science sphere and out to market as a working commercial model. There is plenty of preparatory work involved. The design is still being finalised, but Carl envisages that there will be units out in 2019.

I’m excited about the opportunity to drive the new business. The technology is still developing, and the opportunities haven’t been fully realised yet. One of my goals is to take everyone on that journey whether it be Ravensdown staff or shareholders, to maximise the benefit for the farming community of New Zealand. 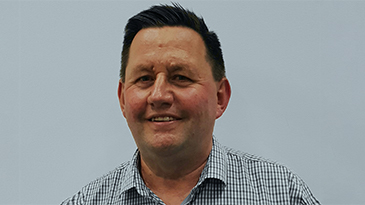