Ravensdown has appointed Allanah Kidd to the newly created position of Sustainability Manager as the co-operative continues to take action on how it manages its environmental, economic and social impacts.

With a background in environmental management, Allanah has 14 years’ experience supporting national and international organisations with similar challenges.

“Ravensdown is already doing a lot to help farmers reduce their environmental impact and it’s important that it does what it can to lower its own,” said Allanah. “It’s already made a start and has an ambitious vision and there’s an opportunity to bring initiatives together and demonstrate progress in a transparent way.”

“The co-operative is a large complex business. It generates its own electricity as part of the superphosphate manufacturing process and is experimenting with electric vehicles like forklifts and field-based EVs. But like many larger businesses grappling with reporting on and reducing its carbon footprint, there is plenty to do.”

Allanah was previously a United Nations climate change officer based in Fiji before relocating to the Waikato to join Beca as a senior environmental scientist.

Ravensdown chief executive Greg Campbell said Allanah was a key addition and he was delighted to attract such high-calibre applicants.

“Signing up to the Climate Leaders Coalition and reporting on progress throughout the business sends a signal that sustainability matters to us. But signals need to be turned into action plans and then delivery needs to take place on a broad range of fronts.

“This is why Allanah’s is a critical appointment for Ravensdown. She brings a wealth of experience and knowledge from the environmental sector and will allow us to accelerate our efforts.” 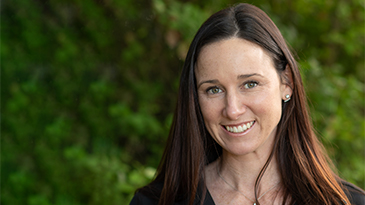