Making the correct choice of seed can often be a tricky one for farmers, especially when returns are under pressure, so making the right call to maintain farm productivity is critical.

Cutting back on pasture renewal and/or reducing fertiliser application can be tempting, but a careful review of the pluses and minuses is needed when making those decisions, especially as seed is only a relatively small part of the overall cost of re-grassing.

So what are you buying when you are buying cheap varieties?

One possibility is that the cultivar might be an older, lower-performing variety whose production has been superseded by newer varieties. Nui, which is more than 30 years old and has been a strong contributor for a long time, is one example which might come into this category.

Buying seeds where the variety is not stated or the seeds are uncertified risks variability in yields and lack of clarity about the endophyte status of the cultivar. Weeds can also be a problem. Given this, it is important to consider the advantages that modern grasses offer, especially when plant breeding has made significant advances during the last 30 years.

• Better yield. For example, higher performing varieties such as Matrix and Ultra produce 1.5 tonnes DM/hectare/year more than Nui.
• Seasonal growth. Significant advances have been made in improving the winter and early spring activity of grasses, producing feed when it is needed most to better meet the feed demands of livestock.
• Heading date. Modern grasses are later heading by up to three weeks than older varieties, maintaining pasture quality for longer, and without sacrificing early spring growth. Lush / leafy spring growth generally has a Metabolisable Energy (ME) rate of around 12 - 13MJME/KgDM, whereas stalky pasture which has gone to seed has an ME of around 8 – 9 MJME/kgDM, so is only maintenance feed at best.
• Low aftermath heading. This refers to how quickly a pasture returns to vegetative state after heading / seeding. Varieties with low aftermath heading have been bred to return quickly to vegetative state. Benefits include improved pasture quality, improved palatability and voluntary intake, and less need for mowing.
• Improved pasture quality. Modern grasses have generally been bred for higher quality (higher ME, higher digestibility, later heading etc). Higher pasture quality leads to increased voluntary intake and improved livestock performance.
• Endophyte status. Pasture grasses can contain different endophytes. The type of insect which they protect against varies from endophyte to endophyte. Some endophytes can cause grass staggers and/or heat stress. Different livestock classes also vary in their sensitivity to endophytes, and therefore endophytes are a key determinant of which pasture variety or mix to use. When livestock is under stress, their performance drops.

In we look at a full pasture renovation situation (perennial ryegrass + white clover) using a modern cultivar such as Ultra and compare it with Nui, the cost advantages are clear, with savings in excess of $130/ha on the seed alone.

However, if we look at yield using figures from the New Zealand National Forage Variety Trial (NFVT) 2014 All NZ summary for kgDM/hectare, we see Ultra AR1 (13,889 kgDM/ha) out-performing Nui (11,073 kgDM/ha) by some 1,571 kgDM/hectare/year over a three-year trial.

Although we’ve used Ultra in this example, the results apply to most modern cultivars. On Dry Matter alone, sowing the more expensive seed pays for itself in year one and ME differences accentuate these benefits.

Further information to support this can be found on the DairyNZ FVI index web site www.dairynzfvi.co.nz 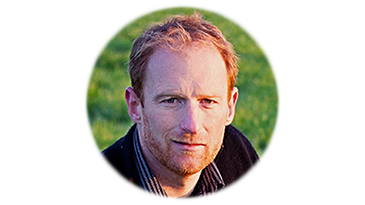 What to do in the face of glyphosate resistance