As New Zealand’s most widely used fertiliser, superphosphate is a key driver of pasture growth. The use of superphosphate and legumes has transformed many infertile soils into productive agricultural areas. The resulting economic prosperity over the decades can be measured in hundreds of billions of dollars.

Superphosphate or Super provides calcium, phosphorus and sulphur to promote legume growth and increase nitrogen fixation symbiotically from the atmosphere. Where needed, other elements such as potassium are added, to implement a highly efficient system to promote pasture production.

After more than 130 years being made in NZ, superphosphate remains New Zealand's most widely and effectively used fertiliser for pastoral, cropping and horticultural uses.

Because it has been around for so long, Super is one of the most researched products in NZ rural environments. Two sheep-grazed trials established and run by AgResearch at Ballantrae (Manawatu) and Winchmore (Canterbury) have been run for 30+ and 60+ years respectively. Both compare applying no fertiliser with annual superphosphate applications of up to 375kg/ha. Large increases in pasture production, quality and stocking rates have been sustainably achieved over these timeframes.

Long-term studies also show that Super does not lower soil pH. Its use on grazed pastures promotes organic matter return to soils through excreta, uneaten herbage and root turnover which stimulates the vigour and population of soil microbes and worms, thus improving soil health and fertility.

Super combines well with almost all other fertilisers. Sulphur-enriched superphosphates are widely used in New Zealand. The amount of sulphur required will dictate which product is used. Sulphur super has a maintenance role particularly where topdressing is infrequent, on sedimentary, pumice and peat soils under high rainfall and on soils where the sulphur requirement is significantly higher than phosphate.

1. Superphosphate acidifies the soil
Acidification of soils is a natural process that may be accelerated by some agricultural activities. Acidity is produced by the plants growing in soils and excreting acids through their roots, by the movement of water through the soil leaching out basic ions such as calcium, by the addition of acid forming materials to the soil, or by removal of alkaline cations in farm produce.

2. Superphosphate hits earthworm numbers
Earthworms are not harmed by superphosphate applications at normal rates. The increase in plant growth after fertilising will encourage a higher worm population. Earthworms prefer a pH of 5.6 to 6.2, so if the soil is more acid than this, a lime application will increase worm numbers.

3. Superphosphate contains dangerous levels of cadmium
Ravensdown Super meets the voluntary standard on cadmium (280mg Cd per kg of phosphorus) set as part of a management framework with the government and other stakeholders. 280mg is about a quarter of the weight of a paper clip.

Ravensdown’s Agri Managers and its laboratory ARL combine to ensure those few who are affected are given appropriate support and products. 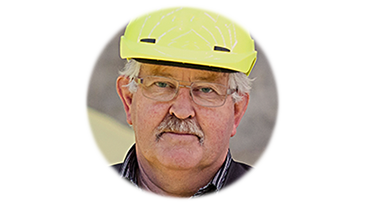 Turnips a hit for farmer and stock