For flexibility in your spring nutrient applications, you can’t beat this stalwart fertiliser.

In an increasingly nutrient-restricted world, farmers are having to remain dynamic. Based out of the Taranaki region, Senior Agri Manager James Livingston has always been a fan of superphosphate both for its flexibility and for the role it has played in building New Zealand’s pastoral system. Here he talks about the strengths of superphosphate and why it remains the go-to option for pastoral agriculture.

James, what makes superphosphate such a good option for both dairy and sheep and beef customers?

I think that super, without joking, is the product that made our farming industry. As a base fertiliser for pasture and clover production in dairy and hill country, superphosphate has been popular for many years. It has a good combination of nutrients for New Zealand conditions, including phosphate (P), sulphur (S) and calcium (Ca), and it has the flexibility to be mixed with other products including nitrogen (N) and potash (K). Applying P and S to grow clover has been the basis of our pastoral agricultural system, so generally speaking, it should always be considered.

Are you seeing customers move back to superphosphate over other alternatives?

Yes, we are, and I think we’ll see more of it. There's a general recognition that as we work with restrictions like the N-190 cap, then we need to maximise the amount of N fixed by clovers.  While there’s nothing wrong with encouraging pasture production with nitrogen, this must be combined with getting the best out of your clovers and getting naturally produced nitrogen into the system. Clover also has the benefit of improving the nutritional quality of pasture.  Certainly, super or potash super for dairy farms in Taranaki has always been the premium product for that - superphosphate in combination with potash does encourage healthy clover growth.

How can superphosphate offer better flexibility in our pastoral systems than alternative products such as di-ammonium phosphate (DAP)?

While DAP is a good fertiliser, if you're applying DAP for P and or K then it can create a timing issue with the N component. Having N in the mix means you need to carefully consider timing of application to get the best response rate for pasture and minimise volatilisation, so that requires some forethought in terms of weather conditions and soil temperatures. Alternatively, splitting apart the superphosphate and potash nutrient applications from the N applications will give you flexibility and ensure you are using N in the most strategic way possible. If you use DAP and the timing is not correct, then obviously you're not getting the maximum bang for your buck, which is what we are aiming to do - the most production for the best efficiency and the least impact.

How about sulphur applications?

When it comes to S it’s important to make sure you are comparing apples with apples. In superphosphate the S is all immediately available as sulphate-sulphur, which is important for spring growth. With DAP there's a tendency to use sulphur-90 which is a slow-release form, available over a 12-month period - it’s not the same product so it won’t give the immediate results sulphate-sulphur will when S is required.

What are some of the other options for getting N on at the same time as P or potash?

If you find you're in the position where you want to put N on at the same time as your other nutrients, you've always got Flexi-N which can be mixed with super and other products. With DAP, the ratio of P and N is fixed, so to get the right amount of P, you get the matching amount of N or add another product to it. With superphosphate and Flexi-N, you can put on a light dressing of nitrogen and heavier dressing of other nutrients just by varying the mix. By avoiding a fixed-ratio fertiliser you can ensure the nutrient amounts you are putting on are better customised to what the pasture needs at the time.

Secondly, in light of our environmental regulations, it’s important to avoid putting on that N If you don't need it. There's a saying that the N in DAP is free, but in reality, it always has an economic or environmental cost, particularly if it is not being used at the optimum time. And now that we're acting working under an N-190 cap, you really want to think twice about where and when you use your N as you will want to work up to the N 190 limit but not exceed it.

Is there a difference between Superphosphate and DAP when it comes to ground spreading?

Frequently when talking to farmers we’ve seen the situation where farmers spreading their own high-analysis fertiliser get to the end of the block expecting to have some left, but they've got nothing because it's a hard job to judge the correct amount of fertiliser to cover that area using equipment that they have. In their situation, although it may take them slightly longer, they are often better to use a fertiliser that has more bulk to it and is easily spread.

What about aerial spreading?

For many farms, nitrogen on hill country is a double-edged sword. Unless you manage it correctly, you can lose pasture quality over big areas of your hills. DAP can be more effective for some farmers who aerial spread - it's got a good concentration of nutrients and has very homogeneous prills, meaning it spreads well. In the situation where if you've got a long drive to a fertiliser bin, DAP has some advantages, especially if you want to add nitrogen to pastures. But equally, if you want to manipulate the amount of N you are putting on, you can always do this with a super/Flexi-N mix. For example, with a super/Flexi-N mix you can easily put on more P and S and less N. DAP is a great fertiliser, but it's not quite the all-rounder that superphosphate is.

What about when it comes to adding other things into your fertiliser mix, such as clover seed?

If you are looking to putting other products into fertiliser, I prefer to mix it with super, the reason being that super granules come in a range of sizes. This means you are less likely to get separation for example the clover seed settling to the bottom of the bin - better mixing and less chance of separation.

What about when it comes to weighing up pricing or ‘bang for buck?’

Once you're talking price, you’ve also got to talk value. While it’s largely an individual case thing, relativity wise straight DAP might seem cheaper. However, once you start blending other things into it, such as S, then the price relativity changes quickly. My personal feeling is that for most dairy farms being spread by truck, super mixes will be very competitive.

What else can super offer in terms of flexibility?

There are a good range of super products that offer other nutrients, such as serpentine super (super and magnesium), the sulphur super range, the potash super range and the ability to add N with Flexi-N or Sulphate of Ammonia.  Trace elements are something we should always consider, and they can be easily added to Super mixes, selenium super and molybdenum super for example. Soil and herbage testing can help match your nutrient and trace element requirements to one these ranges of super products which can be made up to your requirements. 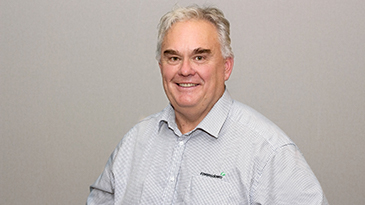