I am often asked about halal processing in New Zealand, and why, as a small nation in the South Pacific, we have invested in developing processing expertise and practices in line with specific religious requirements.

To answer that, we have to look at the history of the New Zealand meat industry and how it has evolved.

Developments in the 1970s, such as the UK joining the European Economic Community, meant our meat industry had to adapt and shift away from exporting frozen carcasses to the UK and other traditional markets to serving a much wider range of customers across the globe.

Agricultural subsidies had resulted in huge livestock numbers and a production glut in New Zealand but there was limited demand in our traditional export markets. It was critical the industry identified new markets such as the Middle East to ensure the ongoing prosperity of the sector.

Iran played a really important role in this transition. In 1980/81, approximately 25% of New Zealand’s total lamb exports were shipped to Iran.

Iran was where the industry “cut its teeth” by developing the capacity and expertise to service the needs of Muslim customers who, according to Islamic law, must only eat meat processed according to halal requirements.

This was the beginning of the industry’s evolution towards market and product diversification. This deliberate focus on meeting the needs of a wide range of global consumers proved critical during the Covid-19 crisis when meat processing and exporting companies were able to re-direct exports away from markets under pressure and weather the worst of the global disruption

Today, halal processing is a cornerstone of the industry’s business model of breaking down the carcass, providing flexibility to export different cuts from a single carcass to the best-returning markets.

Of the 51 export-registered premises in New Zealand, 46 are halal registered, which means over 90% of animals are processed in the halal manner. In addition to exporting to traditional markets, this enables the industry to provide halal red meat to Muslim consumers in other markets such as Europe, North America and China. Today, 46% of total red meat exports (by volume) are halal certified, which is a $3 billion market to New Zealand.

Our halal regulatory framework for exports, which was developed at the request of industry, adds credibility to our system and supports our flexibility to service the needs of a diverse range of consumers. But while verified compliance with the regulatory requirements means consumers can trust New Zealand halal-labelled products, it comes with costs and challenges.

One of the perennial issues we have, and which has been exacerbated by Covid-19, is access to qualified Muslim slaughter people.

This is a fundamental requirement for halal processing, and it is not something that can be solved with training. As New Zealand’s largest manufacturing industry, we are a significant employer that invests heavily in on-the-job training. While we can train for knife handling and other skills, that does not address the important religious attributes of the job.

As an industry, we need 250 qualified Muslim slaughterers to operate at an optimal halal processing capacity.

Our challenge is that New Zealand’s Muslim community is very small. We recruit approximately 100 New Zealand-resident halal workers each year. Despite this, we have to look to migrant workers to fill the remaining 150 (approx) halal slaughterer positions, and Covid-19 has made this tough.

The work they do has significant economic and social wellbeing benefits for New Zealand, their wider families and communities back home. To put this into context, we’re talking about less than 1% of the total meat industry contributing to greater than 30% of sector export revenue.

After recent talks with government ministers and officials, I came away with a strong sense that they understood our predicament and are willing to look for pragmatic solutions. We are ready to engage, and I believe that through collaboration we can find a solution.

After recent talks with government ministers and officials, I came away with a strong sense that they understood our predicament and are willing to look for pragmatic solutions. We are ready to engage, and I believe that through collaboration we can find a solution.

What is halal meat?

Halal is Arabic for “lawful or permissible”. Halal food is that which adheres to Islamic law, as defined in the Holy Qur’an.

The slaughter of halal animals must be in accordance with Islamic Sharia Law.

Animals must be alive and healthy at the time of slaughter and face the Qibla (the direction towards the Kaaba in Mecca) on a slaughter table. During the slaughtering process, a specially trained, practising Muslim slaughter person will use a surgically sharp knife once to perform the halal incision while reciting a prayer known as the tasmiyyah and allowing for the animal to be drained of its blood from its veins and arteries.

In New Zealand, the Ministry for Primary Industries (MPI) is the regulatory body that maintains overall responsibility and oversight of the halal export assurance system. MPI specifies the slaughter, processing and storage requirements for meat and meat products in order to be labelled and identified as halal for export and be issued with a halal certificate. These requirements also set out the various competency criteria halal slaughter persons need to meet in order to carry out their duties, such as being qualified to the relevant NZQA standards.

Under the Animal Welfare Code of Welfare, it is compulsory for all animals to be stunned before commercial slaughter, preventing animals from experiencing any pain or distress during slaughter. In a halal slaughter, reversible electrical stunning is used to ensure animals are rendered unconscious without killing them, allowing for their death to be the result of the halal cut, thus complying with both animal welfare and halal requirements.

In essence, the difference between halal meat and other meat produced in New Zealand is that it is blessed as the animal was slaughtered, and it is permissible for consumption particularly for Muslims as well as people of other beliefs.

HALAL FOOD IS THAT WHICH ADHERES TO ISLAMIC LAW, AS DEFINED IN THE HOLY QUR’AN. 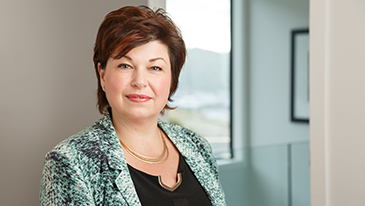 Metabolics need not be a delicate balancing act