The holy grail of N testing

It is often said that the search for the perfect soil nitrogen test is somewhat like searching for the Holy Grail! However, we might be getting closer with the development of a new soil test known as the PMN test (Potential Mineralisable Nitrogen), which estimates the ability of a soil to supply nitrogen (N) for crop growth.

Achieving the balance between applying enough N fertiliser to ensure optimum yields but not over applying to reduce the risk of excess soil nitrogen or N fertiliser being lost to receiving waters requires three key pieces of information.

"Using the new PMN test to estimate the soil’s potential to mineralise N over the growing season will help farmers achieve the balance of applying enough, but not over, N fertiliser."

Knowing these three pieces of information allows us to work out the right amount of N fertiliser to apply by a simple calculation: Fertiliser N required = Crop N Demand – (Mineral N + Mineralisable N)

Having this information (on the soil mineral N content at sowing) and using the new PMN test to estimate the soil’s potential to mineralise N over the growing season will help farmers to achieve the balance of applying enough but not overapplying N fertiliser.

An example of where the PMN test will be useful is shown in the graph below where the typical pattern of soil-N supply and crop N uptake for a spring-sown annual crop does not align. Here the soil has supplied more mineral N in the early stages than is needed to meet crop demand, but N fertiliser is required in later stages of crop development to achieve the target yield. 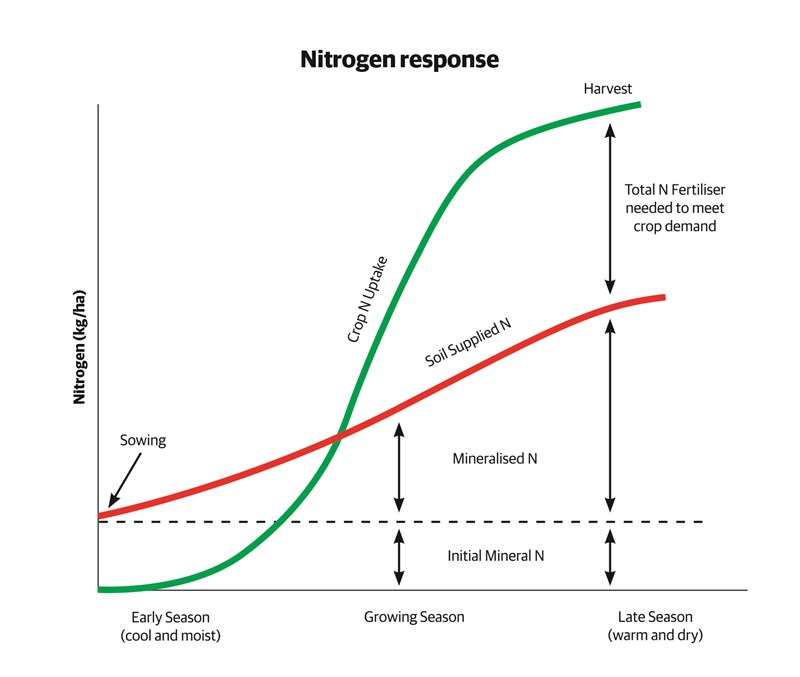 A shortcut to the gold standard

The gold standard for measuring a soil’s potentially mineralisable N is using a 14 week aerobic incubation. This is obviously time-consuming and does not lend itself to routine soil testing, hence Plant & Food Research’s work to develop a simple and practical method to estimate soil’s PMN1.

It is not only a lot quicker to process than the current commercial soil test to estimate mineralisable N (AMN test), which takes the laboratory seven days to complete, the calibration of the new PMN test against the 14 week ‘gold standard’, is significantly more robust than the AMN test.

Work is continuing, as part of a Ministry for Primary Industries Sustainable Farming Fund (SFF) project (Mineralisable N to improve on-farm N management), which aims to test and validate these predictions under a wide range of soils, crops and climatic conditions. Meanwhile, the PMN test will be available from main commercial laboratories, including ARL, in time for this spring’s growing season.

Ravensdown is a co-funder of the SFF project and also contributes to the project management team. Other project and 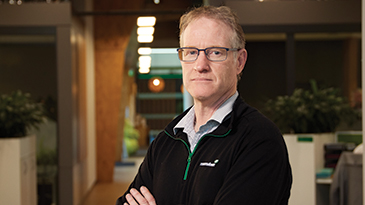