Most of us eat grains every day, in bread, cereals, biscuits, pasta and more. But do you know where the grain in this food has come from – or more specifically, the wheat? Ivan Lawrie is Arable Food Industry Council (AFIC) Chairman, and Foundation for Arable Research (FAR) General Manager of Business Operations. He’s followed the story of milling wheat in New Zealand for many years. Here he sets the record straight about milling wheat in New Zealand and introduces a project aimed at improving grower returns by increasing consumer demand for New Zealand ‘grown’ bread.

New Zealand farmers grow approximately 400,000 tonnes of wheat every year. To put that into context, a small car weighs just over a tonne – so that is a lot of wheat. However, that wheat is mostly used for feeding animals, not for human consumption. Why?

As Foundation for Arable Research (FAR) General Manager of Business Operations I have followed the story of milling wheat in New Zealand for many years, and there have been many cycles since the removal of controls in the New Zealand wheat markets in the late 1980s and 90s.

Over the past 18 months, the industry has been looking at opportunities to grow the amount of milling wheat that’s consumed in New Zealand. There has been a decreased volume in milling wheat over time and that particular grain has lost traction against other more attractive propositions, from growing feed wheat which is higher yielding, or feed barley for the animal industry.

The other factor that contributes to the lack of milling wheat grown in New Zealand is competition with Australia. In the North Island in particular, about 90% of wheat being milled was imported. In this current year alone approximately 230,000 tonnes of milling wheat has been imported from Australia. We are struggling to get New Zealand milling wheat production to exceed 100,000 tonnes, even though we've made progress in the last two seasons, we'd hit rock bottom in 2018 with just under 70,000 tonnes.

I believe consumer awareness of food origin is on the rise internationally, and this knowledge is critical if we want to increase the amount of locally grown wheat used in baking and other food products.

In a loaf of bread, there’s no telling where the wheat comes from. In a South Island loaf, it could be New Zealand wheat, but in the North Island it’s most likely imported.

While there are cost inefficiencies associated with lack of infrastructure and internal transport within New Zealand, the main change needs to be driven by consumer behaviour.

The want for New Zealand-milled wheat is only going to be driven by consumer demand, targeting products that have local produce contained in them.

FAR conducted a market survey of almost 1,000 bread-buying Kiwis, (survey conducted before COVID-19). The survey identified 51% of consumers would be happy to pay up to 50 cents more per loaf of bread if they had proof the bread was made with New Zealand-grown grains, and a further 13% indicated they would “maybe” pay up to 20 cents more. Therefore, collectively there was an indication that two-thirds of bread consumers in New Zealand would be happy to pay a few cents more per loaf if it was proven their bread was made with New Zealand grain.

This small increase would make a significant difference to the growers of milling wheat in New Zealand.

In any loaf of bread today, be it a $1 loaf or a $6.99 artisan ciabatta, there’s about 38–40 cents worth of wheat in it. So, if by some miracle of the value chain, you could put the extra cents going back on that loaf of bread to the value on the wheat that goes back to the grower, it would have a positive impact on production volumes. Now, we're not saying that it is only the grower who needs to have access to that benefit. Everybody in the value chain should benefit from a New Zealand story around provenance, and ultimately to provide good, sustainable, traceable products to the New Zealand consumer in general.

Another recurring reason for the lack of use of New Zealand wheat is the historic perception that New Zealand milling wheat quality is not up to standard. Whilst there were questions around the quality of our own milling wheat in the past, the quality of imported milling wheat is no longer perceived as being as good as it used to be. On the other hand, the genetics have advanced in New Zealand during the last two and a half decades to such an extent that some of our strongest wheats are actually stronger than the Australian imports, and probably too strong for some of the mechanical dough processing used in New Zealand. So, that's myth number two that can be counteracted with the development of really good cultivars suited for New Zealand conditions.

FAR and the growers have a vested interest in the growth of the milling wheat sector for New Zealand. Millers and bakers have the option to use imported wheat or flour, so it is primarily in the interest of the growers that we need to promote locally grown grains. To do this, we need to back our initiative with facts.

FAR has commissioned an independent report of New Zealand milling wheat quality data, looking at all the current varieties in the market and comparing them to equivalent imports. Sustainability and good farming practices are also key to the consumer. To address this, we have asked for a full lifecycle analysis on locally grown wheat to understand its environmental footprint. We need to be leading on this front.

As well as this, FAR is collaborating with millers, bakers and plant breeders to develop a suite of new varieties unique to New Zealand, with reduced allergenicity for that sector of the public that is intolerant to wheat-based products. FAR also has regional initiatives that will contribute to understanding new ways to commercialise grain; one of them is to develop a market for durum wheat flour grown in the Wairarapa for pasta and other uses. This project, with funding from the Ministry for Primary Industries and FAR, brings in-depth consumer studies together with chefs and food manufacturers to develop a new market for the region. The learnings will help mould other regional initiatives.

Ultimately, the goal is to increase the amount of milling wheat grown in New Zealand through increased consumer demand. This in turn will create long-term confidence among the growers.

"Ultimately, the goal is to increase the amount of milling wheat grown in New Zealand through increased consumer demand." 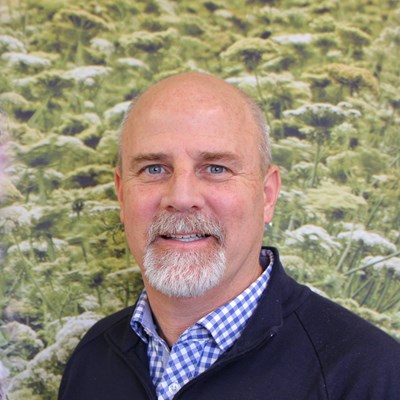 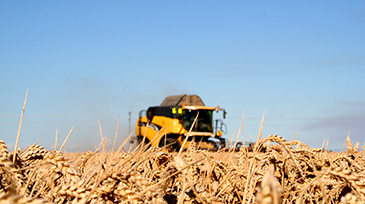