There’s no doubt that farming on the outskirts of a township comes with its own unique set of challenges. Victoria O’Sullivan talks to Geraldine farmers Neil and Margaret Campbell about the ClearTech effluent treatment system they use to reduce the impact of returning effluent back to pasture.

The Campbells own Thorneycroft, an 800-cow operation that supplies Synlait. The 240ha farm (160ha irrigated, 80ha leased dryland) borders the water collection zone for the Geraldine township. It was while working with Ravensdown Environmental to renew their farm consents that the idea of installing a ClearTech unit came about.

“The ClearTech science was a plus with the information we were putting together with our consents to farm,” says Neil.

Developed in conjunction with Lincoln University, Ravensdown’s ClearTech system uses a coagulant to bind colloidal particles together to settle them out from the water. This clarifying process reduces the environmental and safety risks linked with farm dairy effluent (FDE) by killing 99% of E. coli bacteria in the clarified water, the effluent odour and the risk of phosphorus leaching from the FDE applied to pasture.

Stripping out the E. coli and other bacteria from FDE means the clarified water can be used to wash down the dairy yard and irrigated back onto paddocks. Freshwater use on farm is reduced dramatically, while effluent storage capability is increased.

For Neil, each step towards addressing the environmental impact on farm is a step in the right direction — now and for future generations. The science behind ClearTech technology appealed to him in particular.

“It’s pretty smart technology and that got me going to start with.”

Neil sees the reduction in the amount of treated effluent needing to be put back on the pasture as a big advantage.

“You’ve still got the cows out in the pastures 24-7 doing what they have always done but by making an effort with the waste captured on the concrete, it’s one little step up the ladder in helping things out as far as water quality goes.”

In addition to addressing FDE return, Neil has found other benefits, both expected and unexpected.

“There are so many positives, and the science is all there behind it.”

“Our effluent spreading system is just a conventional travelling irrigator, so the less material we have to spread with that, the less labour involved,” he says. “The guys quite like that side of it.”

He says another plus has been the improved setup for using recycled water to wash the yard and entry areas. A second high- pressure hose pump was installed and the main ring around the dairy shed was split into two, halving the time his team spend on cleaning up.

“It’s a lot quicker cleaning up because you’ve got an extra pump running instead of having just one pump and one system,” Neil says. 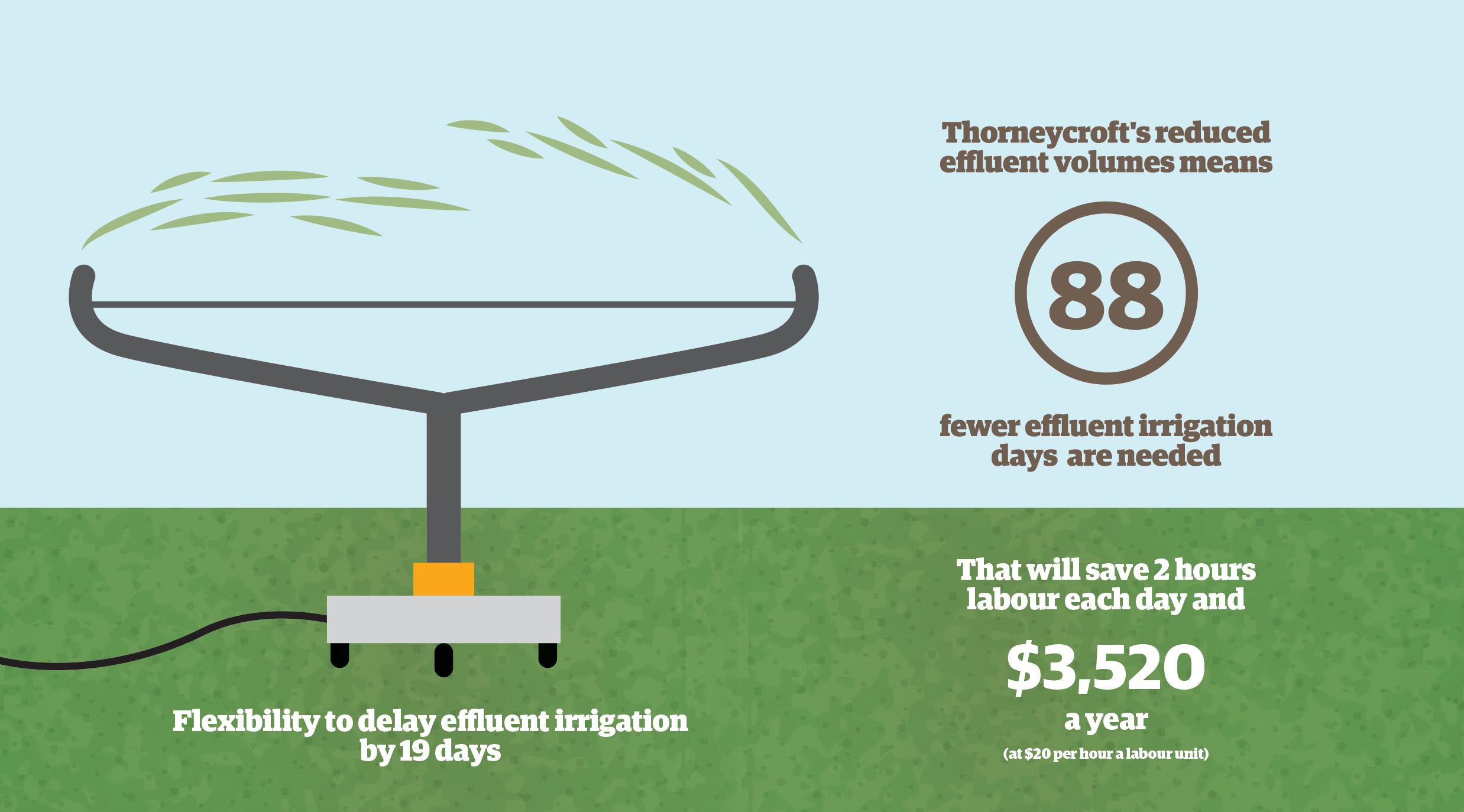 The numbers tell the story

Ravensdown has calculated a number of figures for Thorneycroft to illustrate the impact ClearTech has had on freshwater use and effluent capacity. Numbers have been based on volumes produced by Thorneycroft since January 2020 and calculated to an annual figure using information from the LUDF ClearTech unit.

For Thorneycroft, the reduction in effluent volumes is projected as 88 fewer effluent irrigation days needed. A reduction of two hours labour time each day equates to a total of 176 hours a year or an approximate saving of $3,520 a year (at $20 per hour a labour unit) that can be redirected into higher-value jobs.

“Reducing compliance risks, saving on pumping, effluent pond maintenance and storage costs are the bottom-line benefits to those farmers who also want to do the right thing in terms of reducing water use and reducing environmental impact,” says Carl.

“The capacity it frees up within Thorneycroft’s existing storage means that they could in theory delay the start of effluent irrigation by 19 days in spring and still stay within 90% probability of having enough storage.

“That’s a date change from 1st Aug to 19th August, so it could give some breathing space during calving if storage is emptied before winter.”

Neil’s seen firsthand how much easier it has made things for the staff on Thorneycroft.

“There are so many positives, and the science is all there behind it.” 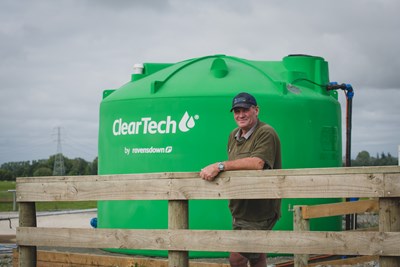 NEIL CAMPBELL SAYS THE CLEARTECH SYSTEM IS ONE LITTLE STEP UP THE LADDER IN HELPING ACHIEVE BETTER WATER QUALITY. 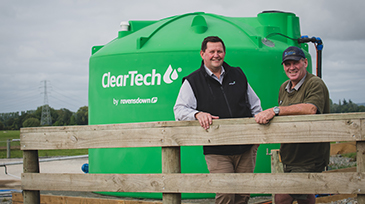