Nutrient management and environmental experts Ravensdown have delivered their submission to the government’s discussion document on “Action for healthy waterways.”

The farmer-owned co-operative strongly supports the minister’s message that new requirements must be practical, enduring, science-based, understood by the public and underpinned by effective regulation and enforcement. But concerns remain on one-size-fits-all limits, mitigation approaches and the resourcing of farm environmental plans (FEPs).

“Ravensdown has the capabilities and competencies to help deliver robust FEPs accompanied by sound nutrient management advice,” according to Anna Wilkes, Ravensdown Environmental Policy Specialist. “After all, we have the largest number of Certified Nutrient Management Advisors in the country.”

“We believe in smarter farming and so we support the moves towards Good Management Practice in ways that keep farmers’ opportunity to innovate and to run farm businesses that are productive, sustainable and profitable for the benefit of New Zealand,” continues Anna. There are three main areas of concern:

One-size-fits-all limits
Every waterway is different. Because nitrogen and phosphate levels can vary due to so many factors, Ravensdown opposes national bottom lines and prefers regional limits. Even with the implementation of Good Management Practice, we believe the proposed limits are unachievable in a number of waterways. Economic analysis of the financial impacts to farming, which are likely to be severe for some, is currently lacking. An inflexible, ‘blanket approach’ is likely to smother the ability of regions to settle on a limit that’s right for their catchments and ecological health.

Mitigation approaches
All the case studies featured in the document are from Canterbury. Soils, climate and management practices mean the representativeness of these examples is severely limited. Rainfed volcanic soils with short rivers generating pasture as the primary feed source will have a very different approach to sedimentary soils with low rainfall with a higher reliance on forage crops throughout the winter.

The co-operative’s other concerns: 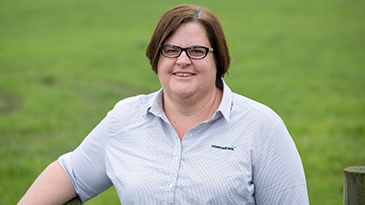