West Coast’s Lake Brunner community were facing serious restrictions that would have seriously impacted on their property values, and ability to farm.

However, a concerted community effort by farmers (and neighbouring community), following extensive consultation with regional authorities, found a better solution. One that measurably contributed to the outstanding achievement of getting the lake back to desired water quality levels, five years ahead of schedule, after it had been languishing since the 1990’s.

Sonya Perkin and her husband Arthur own a dairy farm at Inchbonnie in the Brunner catchment. Sonya is also a Senior Agri Manager for Ravensdown on the West Coast. She is, therefore, in a unique position to tell the story of how local farmers managed to produce a win-win outcome for the catchment, and their farm businesses.

Sonya and Arthur bought their 146ha dairy, and small Simmental beef stud property at Inchbonnie 14 years ago, “Before all the drama started”. The Perkins owned the property for about four years before they moved onto it from Karamea, where they were sharemilking.

Their farm has about a third of the property humped-and-hollowed and the land runs down to the edge of Lake Poerua, which empties into the Brunner catchment.

“We did a farm plan before we moved here in 2004,” Sonya says, “and did a bit of additional humping-and-hollowing development. I wasn’t working for Ravensdown then, but we got a Ravensdown Field Officer in and developed a fertiliser regime that included applications of P a couple of times a year in spring and autumn.”

It was about the time they moved to Inchbonnie that the issue of poor water quality in Lake Brunner was starting to come to a head. With too much phosphorus in the lake promoting algal growth, water quality was reducing.

“Farmers copped the blame, and to be fair that was not helped by a bit of poor practice at the time where cows were not being fenced off from waterways, and some effluent was getting into streams that fed into the catchment.”

But there were other factors too, and farmers pointed to a lack of research on these other contributors. “Some resented that farmers, especially dairy farmers, were being blamed for the whole situation when it was obvious farming was just one contributor.”

It quickly became apparent that if farmers didn’t step up to the plate, they would end up having non-farming interests controlling what happened around the lake. It was better to be part of developing the solution, than to be reacting to the decisions of others.

“It’s hard to get 22 farmers to all agree to meet in the Rotomanu Hall, let alone agree on anything, but in the end it was clear that whatever other factors might be causing the P build-up, as farmers we still had to play our part, and some of the options being put to us by the regional council were not ones farmers were prepared to contemplate.”

The option that caused the most grief was a proposal to bring in a compulsory restrictive fertiliser regime only for farmers in the catchment. It would have severely, and permanently, restricted farmers’ ability to fertilise their properties for efficient and economical production.

“That would not only have made it very hard for us to operate sustainably, it would have placed a stigma on farms in the Brunner catchment that would have devalued our properties and made them very difficult to sell if people wanted to move on.”

The regional authorities and other non-farming parties were initially keen on the fertiliser restriction option because, it was thought, it would produce a quick low-cost win. “We surprised the regional council, I think, when farmers said we wanted to explore the higher cost options of putting in new effluent disposal systems, fencing off and bridging waterways, and riparian planting. This was a very expensive option for farmers – some in the catchment were facing up to $300,000 for new effluent disposal systems. But the difference was that a fertiliser restriction would represent a permanent devaluation of the property, whereas upgraded effluent systems, new fences and bridges, and riparian planting all represented an investment in the property.”

Another option, of over-wintering all cows on land not in the Brunner catchment, was also ruled out as expensive and impractical, given TB movement restrictions and other factors.

“Our new effluent system, at about $70,000, was one of the cheaper ones, but it was still an expense we were prepared to pay to avoid a third party telling us how to manage our fertiliser regimes, especially when no other farmer in the country was facing similar restrictions.

“There are, of course, low impact options within fertiliser regimes and we have used those, such as soil fertility and types of p fertiliser not being above optimal.

“As a result of the commitment by farmers to do their bit for the lake, many of my neighbours have asked Ravensdown to do whole-of-farm soil testing and develop fertiliser regimes on a paddock by paddock basis. This means fertiliser only goes where it’s needed.

It was the consultative community approach that produced such a great result for Brunner while still allowing farmers to run their businesses in a sustainable manner.

"It brought the community together. While farmers copped a bit of blame at first and things got a bit tense, in the end it meant that farmers were at the forefront of the solution – not just on their own property, but also mucking in on community planting days and the like. There was a concerted effort in getting the lake right for everyone.”

It has meant a bit of a culture change, and the days of cows having free access to waterways are gone for good.

The situation has also taught us that when land is efficiently managed, and you work your fertiliser plans in conjunction with better effluent control, riparian planting, fencing off waterways, a great environmental result that also improves the value of your business can be achieved. 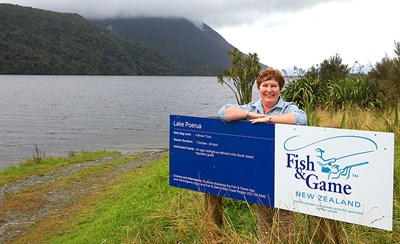 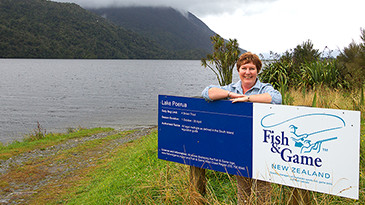 Published under Research and Innovation, Environment