When 60 CEOs of large New Zealand companies recently committed to a transition to a low
emissions economy, some environmentalists were wary.

While prepared to take the CEOs at their word, many rightly said they were keen to see evidence of the commitment.That position is understandable. These companies are responsible for more than 50% of the nation’s greenhouse gas emissions. Despite this voluntary initiative, some may think the commercial world has appeared slow to turn around. It’s not for lack of desire. Everyone wants to be able to say they tried to leave the planet in better shape.

That is why I was one of the signatory CEOs, representing Ravensdown. Our company, like each of us, has varied effects on the environment. We’re considering every facet of our operation and the impact of farming practice, as well as emissions. We’re getting bolder and more innovative in the practices and technologies. Good intentions and the capability to make a difference are not enough. Scrutiny and ongoing transparency are expected and welcome.

In order to ‘control the things we can control’ and get our house in order, we need to calculate our footprint first. The first step is transparency and accuracy about the many moving parts in our business which make up our footprint. We operate three manufacturing plants, seven lime quarries, a network of 85 stores, a joint shipping venture as well as spreading aircraft and trucks.

The first attempt at this assessment clearly identifies the shipping of minerals, rocks and fertiliser products as being over three quarters of our carbon emissions. As part of our Integrated Reporting, we have just publicly stated that everything linked to our operation, including international shipping, had a carbon emission footprint of 154,407 tCO2e.

Because New Zealand suffers from the ‘tyranny of distance’, the footprints of manufacturing companies like ours are greatly affected by the fossil fuels used by international shipping. So we’re pleased that the UN’s International Maritime Organisation agreed to cut annual greenhouse gas emissions by more than 50 percent by 2050. This is important because it’s been estimated that, if treated as a country, international shipping would be the sixth largest emitter of carbon dioxide in the world – roughly the same as Germany.

Autonomous ships and fuel cell technologies are beyond Ravensdown’s ability to control. We have far more control over our manufacturing and distribution operations. We estimate that these emit 31,000 tonnes of carbon dioxide. This includes fuel for transport around New Zealand and drying aglime to make it suitable for soils.

We have started identifying what could and should be done to cut the carbon emission. This is one of the most important non-financial metric for a co-operative which exists to help farmers create food in smarter ways. Our investigations are revealing many things we could and will try across our operations, to reduce our environmental impact.

For example, our manufacturing operations generate electricity for the plants themselves and for the national grid. This is because the process of making superphosphate generates heat. So we are examining how to reduce emissions and boost efficiency of that generation. We are committed to being upfront - reporting on progress or shortcomings - with the ultimate aim being that those who expect more from their business leaders are not disappointed. 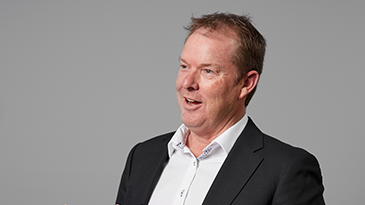