Co-operation at the heart of Kiwi business

As we celebrate the International Day of Co-operatives on 6 July, it’s worth pausing to consider the benefits of this way of organising a business.

We saw this week how co-operatives can come to an end as Westland Co-operative Dairy Company shareholders supported a takeover bid by a Chinese conglomerate.
But it’s also worth thinking about how co-operatives get started. After all, we have many more of them than other western countries.

It’s hard for people to relate to giant businesses with 20,000 shareholders. What’s forgotten is that every co-operative started small – usually with a core of visionaries who believed in building bridges rather than burning them.

The idea is simple and twofold: co-operation pays and the whole becomes greater than the sum of the parts. For example, take a processing and packing farmer-owned company that my family farming operation is involved with. By pooling together, the finances and aggregated skills have led to a multi-million dollar investment in optical sorting and robotics allowing significant efficiencies and enhanced reputation in market. We would have never reaped the benefits if each farmer had tried to go it alone.
New Zealand is incredibly well served by co-operatives. In agriculture, we boast more co-ops than just about any country in the world. When run well, they generate extraordinary returns to New Zealand economically and socially.

The long-term vision, the sustainability commitment, the power of collaboration and the value of people are all characteristics of a co-operative and, of course, are concepts our tangata whenua are very familiar with.

Co-operatives usually start small, but they can change fast. Take, for example, Ravensdown. Having served as a director since 2006, I’ve been part of its transformation - from being a fertiliser seller to becoming a smarter farming solutions company. It’s a shift that’s happened because our farmer shareholders told us it was what they wanted. That’s the power of the co-op – it meets the needs and expectations of its owner-shareholders.

With fertiliser, underuse can impact on what can be created and consumed. Overuse means potential lost nutrients into the waterways or atmosphere. In short, fertiliser can be used smartly or not so smartly and farmers know this. Ravensdown is owned by its farmers so it’s not here to maximise profit at their expense, but to help with responsible use of its products and sometimes that means less is bought or applied.

This co-operative, collaborative approach is the key to success, not only for the shareholders in a co-op but also for our communities, regions and country. We all benefit in many and various ways.

With the passage of time and as new generations of farmers take over farming operations, we must continue this co-operative spirit. Although some of our long-established co-operatives are increasing in size and scale, we must not look at our own businesses in isolation and be fixated about extracting the lowest price on inputs and the maximum price on outputs as the only criteria to do business. The tide should continue to lift us all.

After 13 years on the Ravensdown board, my tenure is coming to an end. It’s been enormously satisfying to have been so actively involved. It’s also something I would strongly recommend to others. Get involved and take a leading role in continuing the long-term vision of sustainable production that brings great value to farmers, growers and the country – your co-operatives need you!

Nominations for director positions at Ravensdown open on 20 July.

Through the companies Alpine Fresh Ltd and ViBeri NZ Ltd, Tony grows for arable, vegetable and berry fruit sectors and is on the board of Horticulture NZ and Chair of NZ Gap. He is based in South Canterbury. 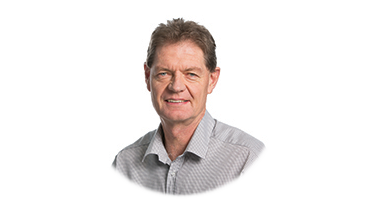