For 23-year-old Marlane Harmer engineering is not just a job, but a lifelong career.

The award, which celebrates the achievements of an apprentice who has shown good work ethic and initiative, confirms Marlane's passion for engineering.

It’s so exciting to win this award. I love my job as a mechanical engineering apprentice. Nothing is boring; there’s always something new to learn, even on the dirty jobs.

A chance meeting, early last year was the beginning of a new career pathway for the mother of one.

“I was a barmaid at a local pub when I ended up having a chat with Rob Miller (Maintenance Manager at Ravensdown),” she says.

“I was handing out CVs everywhere but not having much luck. Rob said he’d put in a good word for me. I had one printed CV left when I applied for the apprenticeship in July last year. I guess it was lucky last for me.”

“I go to great lengths to make sure my welding is good. I’ve learnt so much already. I’d really like to be an underwater welder someday.”

Rob says Marlane is passionate about engineering, and this shows in her attitude and commitment to her work.

“We nominated Marlane for the award because her whole attitude, and the skills that she has developed. From my 30-plus years of working in the trades, Marlane is the best apprentice I’ve ever come across,” Rob says.

“She’s outstanding. All our management team clapped for her when she came into the canteen the other day. We’re all behind her 100%.”

Give it a go. And when you do decide to do an apprenticeship, give it all you’ve got. Learn as much as you can. Gain as much experience as possible. 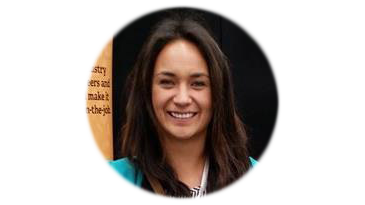