Full-term directors to step down

The constitution says that all directors – whether elected or appointed – can serve a maximum of a 12-year term. “In that time, Stuart and Scott have made massive contributions to the co-operative with their active participation on the Board and their involvement and oversight on various committees,” said John.

“These two industry leaders have been part of a board which has transformed Ravensdown over a decade and now sees the company take a leading role in NZ agriculture with a strong balance sheet,” added John. “Their contribution to the reset of the co-operative’s purpose in 2018 was particularly important. These days, a better New Zealand depends on smarter farming - more than it ever has. And, thanks to Stuart, Scott and all the directors and management team, Ravensdown is playing a central role in the country’s recovery after COVID-19.”

Stuart and Scott have a variety of non-Ravensdown governance roles – Stuart is director of Central Plains Water and Chair of Potatoes New Zealand while Scott is a director of Beef and Lamb New Zealand.

“Scott and Stuart have served on all the subcommittees with Stuart also ably taking on the role or Deputy Chair since 2014.  Scott has chaired the Surrenders subcommittee and its processes have vastly improved in that time. I’m sure we will continue to see them leave their mark on New Zealand agriculture for many years to come,” concluded John.

News of the electoral process for 2020 will be sent to shareholders in early July. 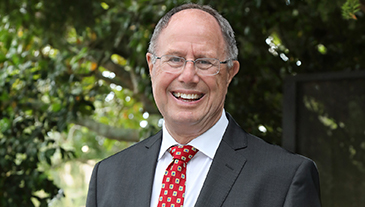 Women in a new age of farming