Ravensdown has announced Garry Diack as its new CEO, replacing Greg Campbell who has held the position at the farmer-owned co-operative for the past eight years.

Diack joins Ravensdown from his position as CEO and Executive Director of Tait Communications on 19 July 2021. He has over 30 years’ experience in improving corporate performance, effective governance and driving growth.

Ravensdown Chair John Henderson said Garry’s experience across many industries, his rural connections and his grounded-yet-innovative approach, made him a compelling proposition for the Board. “The Board is excited that its search for someone that offers strategic continuity and deliberate evolution has been successful.

“There’s no doubt that our purpose of enabling smarter farming for a better New Zealand has never been more important and Garry is passionate about that direction.”

A firm believer in the power of co-operative business models, Christchurch-based Garry is looking forward to helping take Ravensdown forward in a changing landscape.  “Large parts of my career have been devoted to helping harness the power of New Zealand agriculture to punch above its weight in domestic and international markets.

“I have been fortunate to have had the opportunity of advising the likes of CRT, Silver Fern Farms and the predecessors to Fonterra. Through these experiences and a directorship of the Ashburton Trading Society, I have witnessed Ravensdown forge true value-based relationships with its farmers and I am privileged to be given the opportunity to play my part in the challenges of tomorrow’s farming,” said Garry.

“I know that Ravensdown has invested in tools and technology that have potential to be win-wins for the environment and farm profitability. Anyone who has encountered the team there knows the culture is special and I’m looking forward to meeting the staff, customers and other stakeholders,” added Garry.

John Henderson noted Greg Campbell’s eight years of service to Ravensdown, its staff and farmer members. “Greg has been an exceptional and accessible champion of farmers, the work of Ravensdown and its staff for which we thank him. Under his leadership, Ravensdown has returned to profitability and increased the level of service to our farmer-shareholders. Our very best wishes go with him.”

“The business is finishing its financial year strongly with firm demand for our farm environmental planning services and solid orders for nutrients before winter. I’d like to thank all the Ravensdown team for focusing on their shareholders’ needs through a crucial autumn,” concluded John.

Mike Whitty, GM Supply Chain, will act as interim CEO after Greg Campbell leaves on 28 May and until Garry Diack starts on 19 July. 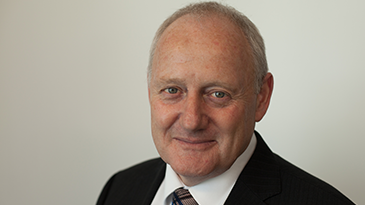