“With the staff shortages at the moment, due to fewer migrant workers coming into the country at the moment; if you’re already in the industry and you’re willing to work hard and push yourself, the opportunities are there to progress faster.”

He says the best piece of advice he has ever been given was to never stop asking questions.

“Don't be afraid to ask questions. Because it doesn't matter if you're the farmhand or the farm owner or the CEO of Ravensdown, you learn something new every day, and unless someone questions you on something, you can get stuck in your day to day, and never improve. So I'm always constantly asking questions, you know, why are we doing this? Why do we do it like this? It’s a great way to learn too.

“Farming is an easy industry to join. If you can drive a car, you can drive a tractor. Things like cupping cows and moving fences is easy to teach and easy to learn. You just need to come in with the right attitude to give everything a go, and keep asking questions.”

Matt is looking forward to his first Young Farmer of the Year regional final in Feilding this weekend.

As the 2019 Hawke's Bay Wairarapa Dairy Trainee of the Year and a finalist in this year’s Taranaki Dairy Manager of the Year (next weekend), the 25-year-old already has a pedigree to live up to. He’s also chairman of the Inglewood club of the reigning Young Farmer of the Year, Jake Jarman, also a first-time competitor. Matt’s getting some nutrient management help for both competitions from another member of Inglewood YF – the farm’s Ravensdown agri manager Katie Coulam.

“That’s handy,” he says with a laugh.

Matt joined Young Farmers in 2017 as a way of meeting like-minded people living in the same area as him. He was chairman of the Dannevirke club and vice chairman for the East Coast Region. In 2020 he was elected vice chairman of the South Taranaki club, and he’s now chairing the Inglewood club and the Taranaki district, as well as the Young Farmers representative on the local Ospri/Nait committee.

“It’s a good way to meet people quickly, especially when you’re moving around every season. Inglewood is very social. We met every Wednesday; the first Wednesday is a meeting and we do social stuff on the other three like paintball or axe throwing.”

After being a member for two years in Dannevirke, Matt has also joined the Okaiawa Volunteer Fire Brigade. “It’s a smaller brigade but a good, close-knit unit. It’s like having a second family to be honest. A lot of them are dairy farmers too, so there’s a lot of help offered when you need it.”

He’s done the paperwork to do his Qualified Firefighters qualification, and is waiting for a space on a course that fits with the farming calendar.

Matt grew up in Dannevirke and boarded at Palmerston North Boys’ High School before working as a GAP student at Gordon’s School in Woking, UK.  He started in dairy farming near Feilding as an assistant herd manager before moving back to Dannevirke to be a 2IC.

“I spent two seasons in Dannevirke, with my last role being farm manager, before I took a role as 2IC on a farm in Normanby. Now I’m 2IC on a 530-cow dairy farm at Everett Park, near Inglewood. My role is to support the 50/50 sharemilker in the day to day running of the farm, which includes daily tasks as well as offering ideas and support of farm management."

He works for sharemilker Fraser Cartwright on a farm owned by Stewart and Elaine Rowe, who have bought a neighbouring block; the extra land, together with a new herd home and rotary shed, will see cow numbers rise to 700 next season. 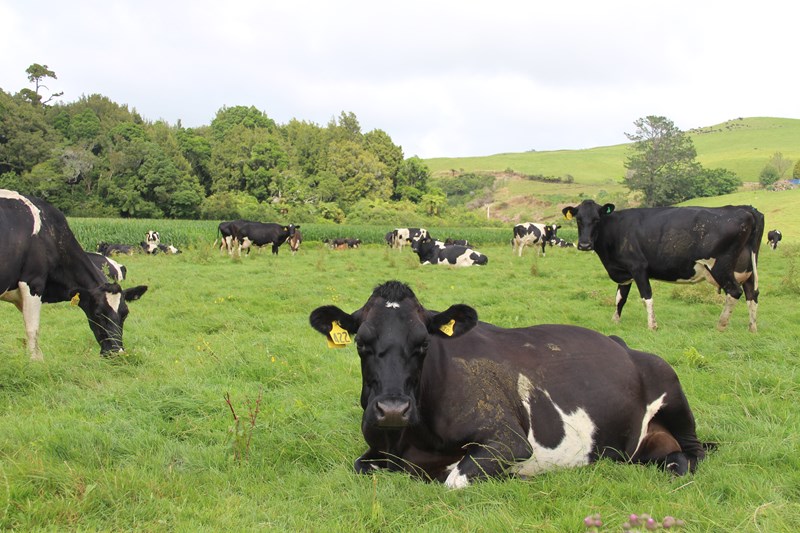 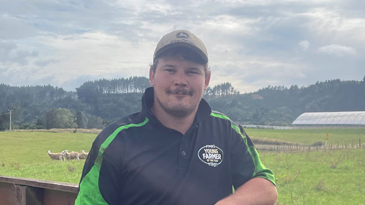