Christchurch-based Jane owns a farm in North Canterbury and has been elected as director of Area 3, which extends from Selwyn to the top of the South Island and includes the West Coast.

Ravensdown Chair John Henderson says Jane’s new perspective will be important as the co-operative and its shareholders tackle opportunities and challenges in a volatile world.

“There has not been a more critical juncture for the food sector in our lifetimes. It is vital that we keep the essential service of nutrient supply going for farmers while providing environmental tools and advice to help them farm smarter,” John says.

“The resilience of the business that was so valuable to its shareholders and to New Zealand this year has been built over several years. Along with the two new directors elected last year, Jane joins a board that has delivered results and is open minded to change.”

Previously a board observer (associate director) with AgResearch, Jane said she was excited to continue working with New Zealand producers. She explained that the agsector’s performance through Covid-19 proved they were more than ready for the future.

“It is a great time for the primary sector in New Zealand,” Jane says. “We’ve been a vital part of the economy while other sectors are more challenged by Covid-19, and there is incredible scientific and technological work being done to help farmers continue producing quality food in a sustainable way.

Ravensdown’s products, tools and expert advice are deservedly sought after. I’m looking forward to joining the governance team and building on the success of the company and our farmers.”

John Henderson gave special thanks to outgoing directors Stuart Wright, Area 3, and Scott Gower, Area 7, who were required to retire by Ravensdown’s constitution that elected directors must retire from office after a four three-year term, and may hold office for no more than 12 years.

“We’ve been privileged to have had directors of the quality of Stuart and Scott,” John says. "On behalf of all our shareholders and the New Zealand farming sector, I’d like to thank them for their outstanding service.  In this election, the candidates were of a very high calibre and those who participate in the co-operative’s election process deserve the appreciation of every shareholder.” 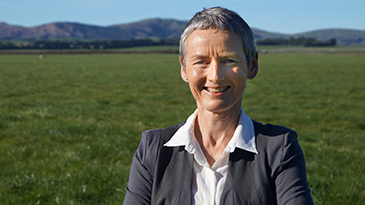