We have found a buyer for the current site of our fertiliser store as work continues on a massive $30 million facility on a neighbouring parcel of land.

Mike Davey, our Regional Manager for the Western North Island, has been with the company for over 50 years and his father worked at the New Plymouth site. “It’s not so much the end of an era, but the start of a new chapter for Ravensdown in the Taranaki. Lots of local farmers are interested in how the new store being built next door is going to help them,” said Mike.

It’s exciting for New Plymouth too because our rebuild programme freed up the existing land for other developers. The sale of the current site is an important milestone in our project as it helps to fund the new 14,000 sqm store next door.

“We’re happy with the outcome - there was no shortage of interest which is an indicator that the Taranaki economy is trucking along. There’s obviously a lot of interest in what the current site is going to be used for, but the commercial agreement means that this can’t be disclosed yet. The buyers of the current site will be announcing their plans for the site in 2017,” added Mike. 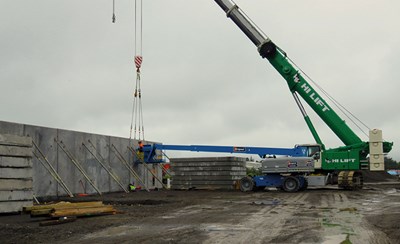 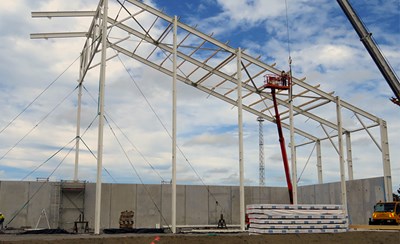 The bin walls for the giant New Plymouth store are placed in a row. 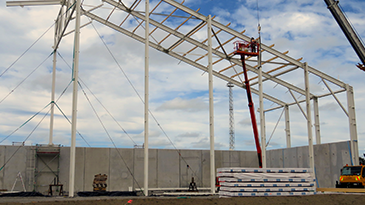