After two years of unrelenting dry in the Hurunui area, farmers Nick Hamilton and Dan Hodgen decided it was time for a break. On behalf of the Hurunui Drought Response Committee they  put together a three day trip for 100 farmers to the 2016 Fieldays at Mystery Creek, with the help of Ravensdown.

The seats were snapped up within a couple of days by farmers who have been trying to cope with an average 600mL of rainfall over two years, when they’d normally get 750 - 1000mL per year.

It’s the worse we’ve ever seen in this district. It’s unprecedented to send all your stock away for grazing, we’re in a different realm. I’m currently pruning grapes in Waipara to make a living, which is ridiculous when I’m supposed to be running a farm.

Ravensdown, and other sponsors, contributed over $85,000 towards the trip, reducing the cost to farmers to just $200 per person. 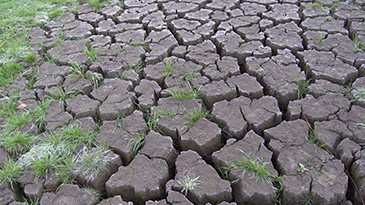