Ravensdown Communicator of the Year Awards

Agricultural communicators who make a significant contribution to the sector need to be recognised for the role they play in making New Zealand world leaders in primary production.

Our CEO, Greg Campbell, says the award is about honouring the people and groups who are showcasing and communicating relevant and important information to both the sector and the wider audience with a vested interest in what we produce:

“New Zealand’s primary industry is made up of a diverse bunch of sectors, from scientists to teachers to farmers and everything in-between, all working towards a common goal of being the world’s best and most sustainable producer of food. There are significant challenges and innovations that these people deal with and those stories and learnings need to be told. That’s why Ravensdown wants to champion those talented communicators who do just that.”

Regarded as the premier award for agricultural communicators, next year will be the 31st year an industry champion will be honoured. We are proud to be the newly signed primary sponsor, and provide a $2500 cash prize, which will be presented alongside the large greenstone trophy at the awards dinner at the Mystery Creek Fieldays®.

We’re thrilled to have the opportunity to work with the New Zealand Guild of Agricultural Journalists and Communicators who run the awards on making sure every part of the primary sector is acknowledged and honoured.

Nominations open early May next year, which must come from Guild members, however anyone in the sector can be nominated. 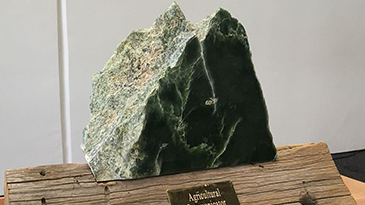 Ravensdown Communicator of the Year Awards

Napier Works back to normal