The co-operative is paying $35 million in total back to farmers who bought fertiliser in the financial year. As part of its commitment to responsible governance and balance sheet strength, 23% of the profit ($12 million) is being retained by the co-operative to reinvest in improved infrastructure, research and development, product innovation and new technology.

A total rebate of $30 per tonne is made up of the $15 early interim rebate paid in June plus $15 that will be paid in August. “After five years of consistently profitable results, our shareholders tell us that the rebate in any one year is not the be all and end all,” said John Henderson Ravendown’s Chair. “What matters to them is a sustainable co-operative that offers great service, quality products, surety of supply, competitive pricing throughout the 12 months and ways to help them perform in the long term.”

The co-operative is continuing to invest in services, products and technologies for its shareholders as farmers face a disruption-dominated decade ahead. “As a co-operative here to enable smarter farming for a better New Zealand, we need to invest and innovate in order to help shareholders reduce their environmental impacts and achieve their production goals.”

The profit for 2018/19 was impacted by several factors. These included foreign exchange movements and higher world commodity prices leading to higher interest and inventory costs. As part of its all-year value commitment, prices charged in New Zealand were held at a level that impacted on margins. Investment continued in precision mapping and spreading technology, more environmental specialists were recruited and a Holiday Act remediation of $1.3 million was set aside.

“There’s no doubt we’ve got to continue to keep a close eye on costs,” said Greg Campbell, Chief Executive. “The fact is that healthy co-operatives maintain their long-term ability to support their owners by being able to retain earnings rather than turn to debt or erode equity. Smarter farming is about environmental performance and nutrient management, not about maximum fertiliser tonnages or short-term gain.”
“So there’s a lot of pride in this year’s awards for cutting edge effluent technology like ClearTech, the progress of our farm environmental consultancy and the HawkEye nutrient mapping tool which puts control in the palm of the farmer’s hands,” added Greg.
More precise aerial fertility scanning and application resulted in 18% of farming areas of IntelliSpread customers being avoided because they are environmentally sensitive or unproductive.

“We are well positioned to help farmers with their social licence to operate, but these improvements and innovations need long-term investment,” concluded Greg.

Fertiliser tonnages were virtually static but sales of the coated urea N-Protect product, which helps reduce the amount of nitrogen lost to the atmosphere, increased by 75%. In terms of fertiliser product quality, 83% of surveyed customers rate it as excellent or very good. Quality rating and sales of animal health, agrichemicals and seeds were positive with seeds having a record year.

“We have already invested over $165 million across five years in our physical assets and our stores network is in continued need of renewal. This is important if we can improve service efficiency, product quality and safety,” added Greg Campbell. “Dust, noise and stormwater issues can all impact on nearby communities and of course the staff who work there. We have spent $10.7 million on programmes like asbestos removal, as well as stormwater improvements and dust management and there’s much still to do.”

The number of full-time equivalents (employees) rose by eight to 658 and training rose by 23% as the team improved its capabilities especially in the area of environmental mitigation, nutrient management and resilience. The farm environmental consultancy team serviced 23% more farms than last year.

“This year we welcomed two new members to the leadership team. We continue to attract top talent who want to work in a positive culture and this is reinforced in various staff surveys. In the face of more complexity and ambiguity in the working landscape, staff are highly motivated and engaged to make a difference for our farmers,” concluded Greg.

Equity ratio before rebate was 74% enabling the co-operative to pay an early interim cash portion of the rebate in early June for the fourth year running.
The year at a glance 2019 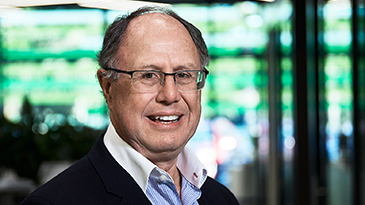