Ravensdown are excited to announce this year’s recipient of the Hugh Williams Memorial Scholarship, Tom Wilson.

The Ravensdown Hugh Williams Memorial Scholarship was founded to commemorate the late Hugh Williams, a Ravensdown Director from 1987 to 2000. The scholarship provides $5,000 per year for the duration of a student’s agricultural or horticultural studies at Lincoln, Waikato or Massey University.

Currently in his third year at Massey University, Tom is studying his Bachelor of Agricultural Science. He is actively involved in the agricultural sector and presented his research on the feasibility of an updated Spreadmark test at the annual Fertiliser and Lime Research Centre conference in 2019.

Tom has a keen interest in precision and digital agriculture which works well with his passion for food production and the environment. He believes that the solutions to feeding the world’s growing population without risking the environment will come from variable rate application and site-specific management.

“Geographic Information Systems, or GIS, has become my favourite subject,” says Tom. “GIS software lets you spatially map data, such as soil texture or organic matter content of topsoil and then from this data you can form site-specific management zones for variable rate application. I’m very much a visual learner and being able to visualise spatial data in map form gives me a greater appreciation for the possibilities of precision agriculture.” 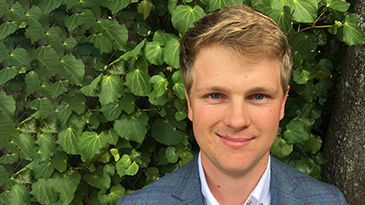