Ravensdown has announced a profit before tax and rebate figure of $62 million for continuing businesses in the year ending 31 May 2016, compared with $46 million in 2015.

After making progress in each of the past three years and by focusing on fundamentals, the farmer-owned co-operative is in a position to pay a total annual rebate of $41 per tonne on purchased products.

Shareholders have already received $21 cash per tonne of this total rebate by way of an interim rebate payment in June. By the time the remainder of the total rebate is distributed, a fully paid-up shareholder who bought 100 tonnes of fertiliser will be better off by $4,100. This result equates to more than $44 million being returned back to the rural economy.

“This great result stems from year-on-year progress on a variety of fronts. The question for farmers right now is: ‘who’s got the business model, strategy, people and momentum that are most likely to deliver better value in the year that we are now in?’” said Ravensdown Chairman John Henderson.

We outperformed the sector in terms of superior rebate in addition to passing on value in the form of technical advice, product quality and leading with price reductions throughout the year.

Between 1 June 2015 and 31 May 2016, Ravensdown led general price reductions four times and capped its spring superphosphate prices. For urea and superphosphate, these price initiatives were worth more than $60 million on an annualised basis for New Zealand farming. The co-operative was still able to invest $33 million into infrastructure and $4 million into research and development.

Operating cashflow was $106 million. Equity was further improved via retained earnings with equity ratios now at 84% before rebate (75% after rebate) and the co-operative was net debt-free in 2015-16. This compares to 2012 when the equity ratio stood at 41% and the company owed $355 million.

According to Greg Campbell, Chief Executive at Ravensdown, the solid strategy has been working since 2013. “The turnaround has become a trend. This gives us confidence that we’ll continue to deliver for customers on the issues they care about. Morale is high and the team’s doing a fantastic job right across the business.”

“Because of that effort, the trading fundamentals are strong so we can focus on passing on value to owners all year round, not just in the ‘rebate season’,” said Campbell.

In 2015-16, we invested in infrastructure like new precision blending equipment, 98% of our customers rated our fertiliser quality as good-to-excellent and we are the largest employer of certified nutrient advisors in New Zealand.

Sales activity was much higher for agrichemicals and seeds and purchased fertiliser tonnages were similar to 2014-15. Because Ravensdown reduced prices of its products, turnover had been expected to reduce and this settled at $660 million in 2015-16.

Campbell continued, “2016/17 is clearly hard to forecast; both for our customers and for Ravensdown. From a global fertiliser supply perspective; we are seeing significant production capacity coming on stream around the world and we can use this trend to benefit New Zealand’s agrisector.”

“The technology side of our solutions strategy will also increase value in the years ahead. This includes developments like soil sensing from the sky, predictive feed wedge tools, whole-farm soil testing, custom-blended formulations and improved mapping capabilities. We also expect to see further growth in our Environmental Consultancy as more and more farmers seek our help on environmental mitigations, consenting and compliance issues,” concluded Campbell. 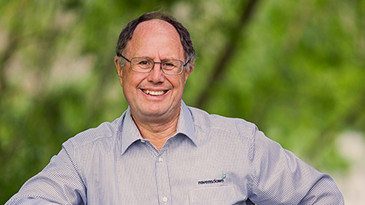