Farmer co-operative Ravensdown has granted access to Moller Park for a small group wanting to express their opinion about the arrival of legally sourced, essential phosphate rock in Dunedin.

“We saw that a handful of people wanted to use Moller Park, which is property belonging to Ravensdown, to organise a gathering about the arrival of a ship carrying phosphate that will be used by Otago farmers to create food,” said Greg Campbell, Chief Executive.

“While we fundamentally disagree with their opinion, we acknowledge they are entitled to it. We wanted to do what we could to facilitate a safe, peaceful and non-disruptive gathering, so have given conditional access to our property next to our manufacturing site.”

The last similar gathering on 5th September resulted in individuals standing in front of trucks which is a massive risk for all concerned including the organisers of the protest. “Health and safety is of paramount concern to us while recognising the right for individuals to express their views,” said Greg.

“We’ve been in touch with the activists to let them know they should make themselves aware of the land and water related risks of any protest as well as their safety and legal obligations,” added Greg. “We’ve also briefed Police who will have full discretion to intervene if they see it as necessary.”

“As a buying co-operative, we routinely look for additional sources of rock. But the fact that Morocco holds 70% of global reserves means, we cannot boycott them without incurring significant supply risk. Because shipments of some kind and frequency will continue and the claims and counter claims will no doubt persist, I’d encourage the media to show both sides of the story rather than only list the opinions of one. After all, saying something often enough and loudly enough does not make it true.”

Two sides to the story: 11 points of disagreement

Ravensdown supports the efforts by the UN to seek a political solution of the dispute. In the meantime it is doing what it can to explore additional sources of phosphate rock and continues to encourage OCP to do what it can for the local people. The fertiliser industry has put together this Q&A for any individuals who want to learn more about the topic. 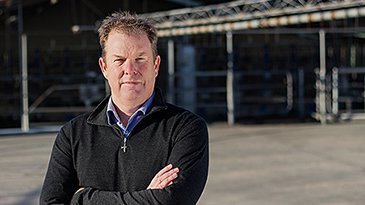