Ravensdown has announced the appointment of Steve Belton to take over as Regional Manager, Western North Island following the retirement of long-serving employee Mike Davey.

A stalwart of the Taranaki community and passionate advocate of rural interests, Mike has decided to retire after a 55-year strong career in the fertiliser industry.

“There wouldn’t be a farmer in the region that Mike doesn’t know,” says Steve.

Steve will take on the role of Regional Manager Western North Island from 3 February, while Mike’s retirement is scheduled for 31 March. The two-month overlap will help make for an easier transition for both staff and the local farming community.

Farming’s in the blood

Raised on a sheep and beef farm near the North Canterbury township of Waikari, farming is in Steve’s blood.

After graduating from Lincoln University with an agricultural science degree, Steve began his career in the rural sector. Not long after, he landed his first role at Ravensdown as an account manager based out of Nelson.

After six years in the role, Steve went on to work as an agronomist and finance manager before coming back to Ravensdown in 2017 as the Upper North Island Regional Manager.

The father of two says that the move to Taranaki will be a big change for both himself and his family, but he’s keen to hit the ground running and is looking forward to the challenge.

“One of my first tasks will be to meet local farmers, learn about the environment and their needs and make myself available to my new community.”

After 35 years with Farmer’s Fertiliser Ltd and more than 20 with Ravensdown, Mike is calling it a day.

“I’m going to miss it, but the locals will still see me around,” says Mike. Mike’s career in fertiliser began at just 15 years old, when he started working at Farmers Fertiliser in 1965. The young sales cadet was following in the footsteps of his father, Jack, who was branch manager at the firm.

When Ravensdown purchased the Taranaki business in 1997, Mike embraced the change that the new ownership structure brought with it.

“The cooperative structure of Ravensdown has really helped us provide a great level of service to local farmers. There’s no point trying to sell fertiliser to a farmer who doesn’t need it. Moving out of that corporate mindset helped us foster much better relationships with local people. It really paid off.”

For some, retirement might mark a point at which they slow down. But Mike says it will allow him to pursue his other interests and remain a strong advocate of the rural sector and its communities. As an elected member of the Taranaki Regional Council, District Health Board and Energy Trust, Mike still has a lot to keep him busy. 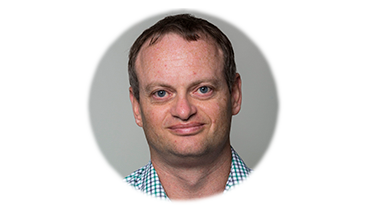