Horses and farming have been anchors in Craig Wiggins’ life from a very early age, growing up on a family farm near the central North Island town of Raetihi.

He developed his passion for communication as a young boy, helping his grandparents with their sound system business at countless events across the central North Island.

As the oldest grandchild, Wiggins traveled with them to many of the regular A & P shows, rodeos and other rural events over several years.

“It fueled my interest in communication and travel. It also gave me a real insight into commentating and being able to read the mood of an audience,” he says.

It’s a talent that has served him well for the past 35 years.

Now he’s itching to crack into a new nationwide initiative to provide mental and physical health checks at sale yards and other rural venues across the country.

Known better in the rural sector as ‘Wiggy’, he launched the concept of mobile health clinics more than two years ago by taking his horse float and local rural GP Dr Sue Fowlie to the Coalgate sale yards in central Canterbury.

Covid-19 derailed plans to run a national programme of visits to sale yards so the concept was shelved until now. This time, it is backed by a charitable trust supported by the Carr family, owners of the diverse Carrfields Group.

Wiggy is aiming to visit venues nationwide this year and work alongside a local nurse or GP. His job is simple – applying his communication talents to encourage farmers to stop in for a chat and a quick check on their mental and physical wellbeing.

It’s an approach he knows works with farmers. The sale provides the excuse for them to shoot into town and there’s a bit of humour combined with enough safety in numbers to get them queuing up at the mobile clinic door.

The trust has been in the melting pot for several months and Wiggy says, subject to Covid restrictions, he can’t wait to get started.

His natural communication style is open and humble, shaped by his younger years in Raetihi and honed from commentating events like rodeos, shearing and other rural sports competitions.

“It (my style) comes from a place of honesty. I’m just Craig Wiggins. I’m just wanting to see our rural communities a lot healthier.

“I’ve watched my hometown of Raetihi go through major changes and yet that little community still looks after itself really, really, well.

“We’ve got to invest in our communities and champion their own heroes, because in every community there is a champion there.”

Reinforcing Wiggy's belief in communities looking after their own is his experiences as a five-year judge of the Norwood Rural Sports Awards.

“I’m thinking of people like reinsman Ricky May in my home patch, or footy players like Sarah Goss originally from Kimbolton in Manawatū or Benji Marshall from Tokoroa. And look at the impact the All Blacks captain Sam Kane created for the King Country team when he played a game for them back in October.

“We really need to promote those people who will come back to their communities, to share their stories and show the way.”

He also feels a debt of gratitude to his own set of mentors and influencers who have guided him through his life.

“A lot of good people put a lot of work into me when I was growing up. Many of them were not well known outside their own districts, but they instilled a great sense of community values in me as a kid growing up.

“They were people who were working hard and just giving up their time to help me. They weren’t doing it for any recognition, they just did it because they believed in the future of their community.”

Wiggy says he struggles with what he calls the “personality culture” surrounding mental health.

“For some of the people who have been delivering mental health advice, it’s often really good for their own mental health to be out there doing it.

“I’ve had to work really hard to get myself into a position where I’m starting to get support for what I’m doing without having to take the approach of ‘this is my own story’.”

Reviving community spirit will be a large focus of Wiggy's future work across New Zealand.

“I really think that local community strength has the biggest influence on the mental and physical health of its people. I often wonder if we’re spending too much time and money on big projects and people are falling through the cracks at the community level.”

In August last year, he launched an initiative to get rural people talking more. ‘Lean on a gate, talk to a mate’ evolved from the loss of a mate to suicide. Feedback to Wiggy tells him this simple strategy is working well for many families, struggling with the pressure and stresses created by farming today.

His own mobile phone is rarely idle and he admits he is increasingly fielding calls from people who are concerned about a mate, staff member or their partner.

“Just being able to talk to someone, listen to them and hear what’s on their mind is usually the best thing I can do for them.”

He is wary of going beyond being a great listener when he’s dealing with stressed callers. His aim is to facilitate help from professional services.

“One thing I’ve learned from my work with horses, whether I’m working with a young horse or commentating a rodeo meeting, is it’s about living in the moment.

“I have to avoid soaking up the stress and just focus on the here and now.

“It was Winston Churchill who once said, ‘there’s something about the outside of a horse that is good for the inside of a man’. That can be any animal really, but for me it’s certainly horses and like most things in life, you always get back more than you give.”

Reflecting on highlights from 2021, Wiggy says winning the Ravensdown sponsored Agricultural Communicator of the Year Award from a large field of acclaimed communicators across farming and agribusiness is the pinnacle.

He’s also immensely proud his regular Whatever with Wiggy shows which grew from humble beginnings to become a much anticipated forum for many farmers. Wiggy hasn’t been afraid to challenge the rule makers and his Thursday evening Zoom meetings have become essential viewing for many politicians and central and local government officials.

Aside from his family, horse work provides a balance to Wiggy’s public life. He’s clerk of the course at several race meetings around the greater Canterbury region and still manages to commentate at several rodeo meetings each season.

Home for the past nearly 16 years is their small farm near Lauriston where he lives with wife Annabelle and children Genevieve and Millie. 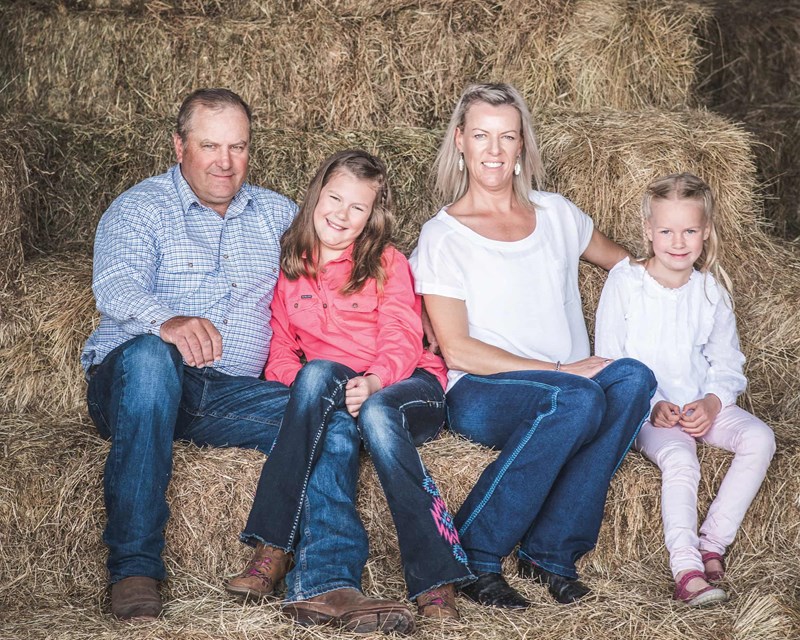 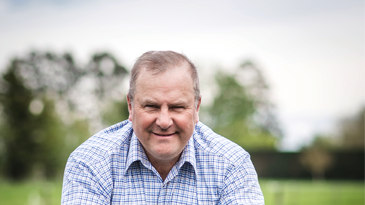